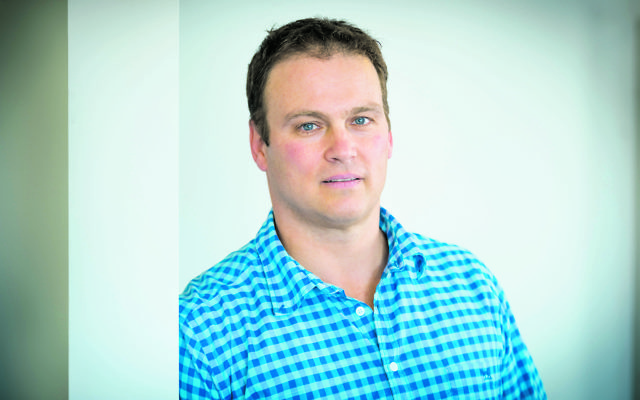 A new book on the tragedy of thalidomide, the notorious 1950-60s morning sickness drug that caused massive birth defects in a generation of baby boomers, claims the German manufacturer had extensive links to the Nazis.

In Silent Shock, Melbourne lawyer and journalist Michael Magazanik (pictured) has set out the damning trail from Nazi Germany to the laboratories of chemical company Grunenthal, in postwar West Germany, where thalidomide was launched in 1957.

Magazanik, who has worked for The Age, The Australian and ABC TV, and is currently with legal firm Slater & Gordon, researched his book extensively in Germany.

He is Jewish, but told The AJN: “You don’t have to be Jewish to find the Nazis abhorrent, and the historic links between multiple Nazis and the company which developed and sold thalidomide are deeply disturbing.”

He said that for decades Grunenthal had portrayed thalidomide as an unavoidable tragedy, but in fact in the late 1950s and early 1960s the company had known that the drug was causing severe nerve damage in patients, and had also been contacted by doctors concerned that the drug may have damaged babies.

And he also claimed Distillers, the drug’s distributor in Australia and other countries, even emphasised thalidomide’s safety in its marketing to unsuspecting women in the late 1950s and early 1960s, although senior staff were aware of possible birth defects.

While Magazanik dismissed claims circulating that Nazi doctors conducted experiments with thalidomide on concentration camp inmates, there were plenty of links between the Grunenthal company, as it was constituted in the 1950s and 1960s, and the wartime Nazis, he said.

Dr Heinrich Muckter, the chemist doctor in charge of the company’s postwar development of thalidomide research, was a Nazi medical officer in typhus research in occupied Poland, which involved experiments on inmates at Auschwitz and also at Buchenwald. Otto Ambros, a research director at Grunenthal in the 1950s, was a chemist at IG Farben, which manufactured Zyklon B pesticide for the gas chambers and was one of Farben’s managers at its Auschwitz plant. Ambros was jailed in 1948 for mass murder and slavery at Auschwitz yet in the 1970s was the chair of Grunenthal’s advisory board.

Dr Heinz Baumkotter, a salesman at Grunenthal in the early 1960s, had experimented on Jews at Sachsenhausen.

There have been class actions around the world, with some still ongoing, and in Silent Shock, Magazanik has chronicled the decades-long battle of Melbourne woman Lyn Rowe, who was born without arms and legs in 1962 after her mother Wendy had been prescribed thalidomide. Magazanik was one of the lawyers running Rowe’s lawsuit which ended in a multi-million dollar settlement with Distillers in 2011.

The global death and injury count from thalidomide usage was around 15,000, with some cases arising in Israel. Magazanik said the anguish of the thalidomide generation has come into sharp perspective again, as the victims generally now have ageing parents who in many cases have been their caregivers down the decades.

He maintains regular contact with the Rowe family and other survivors.

His long involvement with the victims and their families has affected him deeply.

“You develop an appreciation and respect for the courage, endurance and grace these people developed in the face of overwhelming adversity. The disaster was largely avoidable and history needed to be corrected.”