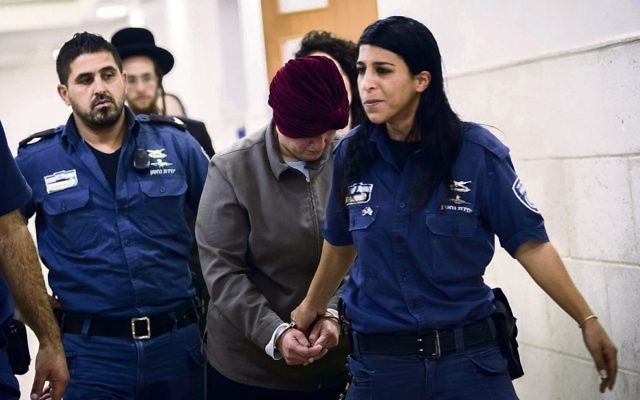 THE scandal over a top Israeli politician’s alleged interference in the Malka Leifer case is expected to cause an earthquake in Benjamin Netanyahu’s coalition-building.

As The AJN went to press, a top investigative reporter was poised to release a report giving an unprecedented glimpse into the suspicions that Deputy Health Minister Yaakov Litzman tried to help Leifer.

Channel 10’s Raviv Drucker has obtained access to all of Leifer’s medical files, and information on testimonies given to police about alleged political interference in the case.

Drucker is Netanyahu’s top enemy in the media, despised by him for his critical reporting. Drucker is releasing his 43-minute Litzman report just as Netanyahu tries to finalise his coalition, with Litzman continuing in the Heath Ministry and his United Torah Judaism as a key coalition partner. The news segment is expected to prompt major controversy about the planned government.

Litzman is already under police investigation for allegedly intervening in the health assessment process to boost Leifer’s chances of avoiding extradition proceedings. Drucker told The AJN that his report would point to Litzman pressure on various health professionals involved in assessing Leifer.

Almost half of Drucker’s report was to be focused on the Leifer case. The report was also expected to claim that Litzman tried to help several convicted sex offenders by pressuring psychiatrists for assessments that would ease their punishment, including by securing vacations for them.

In 2017, a team of private investigators commissioned by Jewish Community Watch secretly filmed Leifer going about normal activities. Given that the court had declared her mentally unwell, police looked further into her behaviour, said she had been faking her symptoms, and rearrested her.

Leifer is now in prison, and her lawyers are sparring with Israel’s state prosecution over whether she is fit to stand trial for extradition.

Tzafrir Tzahi, who led the private investigators, appeared at the Jerusalem District Court this week, and Leifer’s legal team had the chance to reject his evidence and question him in front of the judge. Instead, it accepted the evidence and refrained from questions.

“We don’t have any problem with it,” Leifer’s lawyer Yehuda Fried told The AJN of the evidence afterwards, saying that just because Leifer was filmed going about normal activities, it doesn’t prove she was faking illness.

He claimed that the debilitating symptoms that prevent her from facing legal proceedings consistently set in before court dates. Her ability to go about everyday tasks at other times doesn’t undermine the seriousness of her condition, Fried insisted.

Activist for the alleged victims Manny Waks expressed hope that the case will advance, but said in a sense it was an unnecessary and “hollow” hearing which caused more pain for Leifer’s accusers.

Another activist Shana Aaronson, of Jewish Community Watch, said she was “cautiously” optimistic that Fried’s acceptance of the evidence would move proceedings forward.

She rejected Fried’s position on her mental heath, saying they amount to a claim that she is “somehow miraculously so mentally unwell, but only around the time of a hearing”.