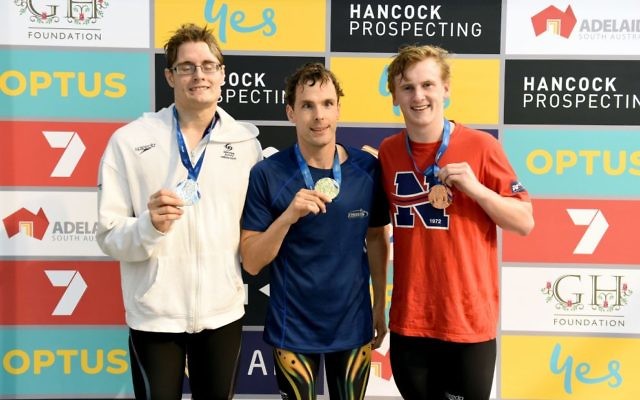 PARALYMPIAN swimmer Matthew Levy proved that world records can be broken at age 30 at the 2017 Australian Short Course Championships held in Adelaide from October 26-28.

Levy won a gold medal in the men’s multi-class 200m individual medley with a time of 2:32.34, smashing the previous world record for his disability class [S7], set in 2009 by Croatia’s Mihovil Spanja, by 1.97 seconds.

The NSW and North Sydney Swimming Club representative won gold, too, in the men’s multi-class 50m breaststroke, and broke another S7 world record to win bronze in the 50m butterfly, posting a time of 31.68 seconds.

Levy, who has cerebral palsy, made the men’s multi-class 50m, 100m and 400m finals, but couldn’t add another medal to his impressive tally.

Two Jewish teenagers from Victoria also competed at the championships.

Melbourne Vicentre representative Benno Negri, 19, qualified for the men’s 50m freestyle by finishing eighth in the heats with a time of 22:46, and beat that by 0.06 of a second in the final to finish eighth overall.

It was less than a second behind winner David Morgan, an Olympian and Australian Dolphins team member.