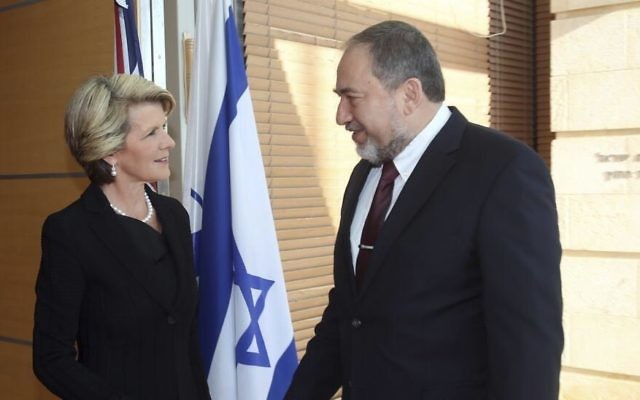 ONE of Israel’s most senior politicians, Avigdor Lieberman, is coming to Australia this month.

The AJN can reveal that the Israeli Foreign Minister will address a dinner in Melbourne next Sunday night, hosted by the Zionist Federation of Australia (ZFA) and the Zionist Council of Victoria (ZCV).

He is also set to visit Sydney, where he will meet with communal leaders on August 28.

“As Israel’s Minister of Foreign Affairs it is particularly poignant that he will be coming here at such a difficult time for Israel,” he said.

Israeli Prime Minister Benjamin Netanyahu was due to visit Australia last month but postponed his trip in the wake of the kidnapping, and subsequent murder, of Israeli teenagers Gilad Shaar, Naftali Frenkel and Eyal Yifrah.

“It is much appreciated that the number of ministerial visits from Israel to Australia has increased and after the unfortunate postponement of the visits of Prime Minister Netanyahu and Education Minister Shai Piron, we are delighted that Lieberman will be coming.”

Dr Lamm said the Soviet-born politician – who was first elected to the Knesset in 1999 and has held several positions including Minister of Transportation and Minister of Strategic Affairs – “presents a strong security position for the future of Israel”.

“We look forward to him providing us with a first-hand account on the situation in Israel and affording us his personal and professional insight. It is truly a privilege and we look forward to welcoming him.”

As part of his visit, Lieberman will also meet members of the Russian-speaking Jewish community in Melbourne.

“Mr Lieberman is keen to meet members of the community from the former Soviet Union living in Melbourne and we expect this will be a very meaningful encounter for all concerned,” ZCV president Sam Tatarka said.

“[His] visit is a tribute to the strong bilateral relationship between Israel and Australia and no doubt will provide the opportunity to further strengthen the bond between Australia and the only true democracy in the Middle East.”

NSW Jewish Board of Deputies president Yair Miller added: “This is the most senior Israeli official to visit Australia in many years and it is most appropriate at this time. It is also a wonderful reflection of the standing of the Australian Jewish community within the leadership of the Israeli government.”