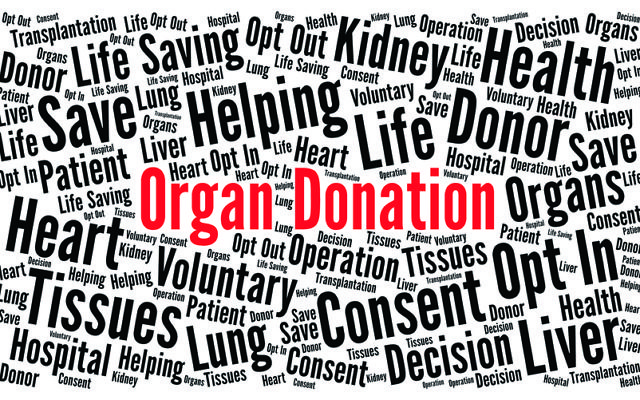 IT’S the greatest gift, it’s in every breath you take, in each moment you wake – it’s the gift of life.

In these days between Rosh Hashanah and Yom Kippur we are especially attuned to the preciousness of this present; the fabulous bestowal of this trembling heart, this wondrous, fragile cargo called life. Our prayers are saturated with a longing for life: “Remember us for life”, “Who will live, who will die?”, the bracha to the one who has “given us life, sustained us and brought us to this time” (Shehecheyanu).

If, as Jews, we deeply value life, we certainly admire and cherish those who are able to give life to another. Saving a life or pikuach nefesh is a fundamental principle of the Torah, one of the greatest mitzvot. We set aside almost every other commandment to save a life.

Last month the Melbourne family of Mary Laffner were given the opportunity to do just this. Sixty-year-old Mary suffered a massive stroke. Despite her family’s shock and devastation, they were determined to fulfil her request that her organs be donated to save other lives.

While in itself organ donation is not new or unusual, it’s not common in the Jewish community. In fact, in the popular imagination it is forbidden by Jewish law. There are the mistaken beliefs that you have to be buried with all your organs intact and that if you are not, you won’t merit resurrection. These ideas have been challenged and discounted by various rabbis and authorities. Yes, we do regard the body as a vehicle for the soul, to be treated with utmost respect both in life and death. Kvod Hamet (respect for the deceased) including the prohibition against delaying a burial or not desecrating a cadaver would seem to preclude organ donation. There are however principles like pikuach nefesh that override these concerns.

When contacted by Mary’s husband, Irving, about the desire for Mary’s organs to be donated in a halachically acceptable way, I referred to Rabbi Moshe Gutnick and the Sydney Beth Din who in March 2015 issued a six-page statement on organ donation in Australia. It’s an elegant, compassionate and precisely presented document. Not only does it recognise the value and importance of organ donation in Judaism, it also provides succinct definitions of the problems and parameters of the halachah. It addresses the halachic debate around the exact definition of death – is it determined by the heart or the brain?

While there are significant authorities who define death as the cessation of the heartbeat known as cardiac death, there are those who argue that death is determined by the irreversible cessation of breathing or respiration. This means the death of the entire brain stem; without a functioning brain stem there is simply no breathing. This is called respiratory brain death. Brain death has long been accepted by the Israeli Chief Rabbinate and by leading halachists.

What is most significant about the paper of the Sydney Beth Din is that it isn’t merely theoretical. It is courageous, forward-looking and practical. It was formulated after consultation with foremost medical ethical halachist Rabbi Professor Abraham Steinberg (who advises the government of Israel and the Chief Rabbinate) as well as the Federal Organ and Tissue Authority of Australia. While respecting both of the halachic viewpoints, it gives clear rulings and guidelines for those who wish to be donors. These guidelines also include special provisions for a rabbinic observer in addition to the already stringent standards of the Organ Authority.

The especially sensitive presence of Alfred Hospital Chaplain Rabbi Boruch Shapiro, as well as the superb and compassionate organ donor team at the Alfred assured that Mary would be allowed to fulfil her wish. It also made history as Mary was the first halachically-sanctioned donor in Australia.

Mary was, by all accounts, an exceptional individual bursting with life, generosity, givingness and compassion. Joie de vivre defined her and the joy and gift of life is what she has now given to many others.

Mary’s Hebrew name was Miriam. In Jewish tradition Miriam is associated not only with the waters of the Nile (where she stood by her baby brother) but also with the mythical well which accompanied the Jewish people through their wilderness wanderings. She was a source of life and vitality, nurturer and sustainer. Mary readily embraced the Miriam-ness of her name. And so in her death she gave the gift of life to others, possibly the greatest mitzvah of all.

Mary’s family – Irving, children Josh and Ellie, sisters Susan and Rosie as well as the extended members – were all deeply distressed by her untimely death, but they were also comforted and strengthened knowing she would continue to do what she always did best: sharing her life and vitality with others. I was blown away by their determination and resilience, humbled by their love and tenderness and in awe of being part of this wondrous process.

I have always carried in my wallet a card from the Halachic Organ Donor Society (HODS). The Sydney Beth Din has helped create a unique Australian HODS card. I carry it as a point of conviction and principle. I will now also carry it as a reminder of Mary’s gift of love and life.