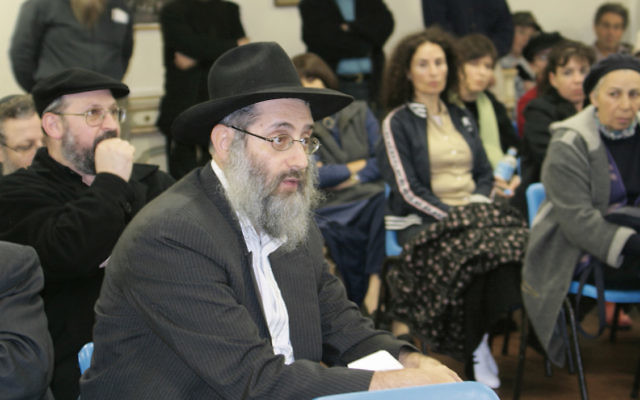 SOUTH Head Synagogue officially went into liquidation last Friday and all employees have lost their jobs, but members of the congregation feel they still have a future.

Over the past month, a large section of the community has been praying at Moriah College’s Dover Road campus, known as Hamakom.

Neill Miller, who is due to mark his 30th anniversary as a member of the shule next month, said Hamakom is vibrant, energetic and a sign that South Head will survive.

“The congregation is extremely united as evidenced by the Shabbat minyans over the last four weeks held at Hamakom,” Miller said.

“The atmosphere at Hamakom was energetic, engaging and left people spiritually uplifted.”

Miller noted that more than 150 people attended the Hamakom minyan, while less than 30 attended South Head Synagogue the last few weeks it was open.

“It is sad it has come to this but from adversity comes strength.

“Many people and I are optimistic for the future from witnessing our united community and the number of our younger generation stepping forward to move the community upwards and onwards.”

Miller said the shule had no alternative but to go into liquidation because a significant number of attempts to negotiate with Rabbi Benzion Milecki had failed.

He said the situation escalated when Rabbi Milecki told an Israeli newspaper that the synagogue wanted to move away from Orthodoxy, which was untrue.

Former South Head Synagogue president James Hochroth, who is also a creditor because he has part of the mortgage on the property, said that Rabbi Milecki “was unwilling to seriously entertain” the idea of rabbinic renewal when announcing that the shule was put into liquidation.

“The synagogue had incurred trading losses of over $1 million during the past six to seven years,” Hochroth said.

“There was an overwhelmingly strong desire for rabbinical renewal to stem the loss of members, but Rabbi Milecki was unwilling to seriously entertain this idea.”

Hochroth said the shule ran out of money, but that the congregation intended to “stay together, rebuild and renew”.

The liquidator, or a court, will now have to determine what Rabbi Milecki is entitled to after 32 years at the helm of South Head Synagogue.