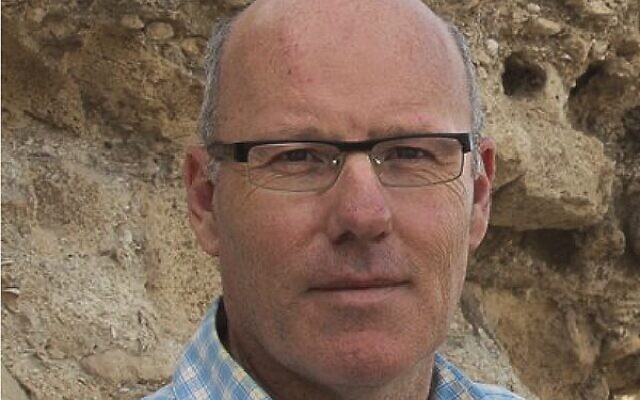 JEWISH community groups have strongly criticised a book by journalist John Lyons, in which the former Middle East correspondent for The Australian claims media covering the Israeli-Palestinian conflict are “trolled and abused” and subjected to “the full fury of Australia’s pro-Israel lobby”.

In an extract from his new book, Dateline Jerusalem: Journalism’s Toughest Assignment, published in The Age and The Sydney Morning Herald last Saturday, the author claims it “is the story of why many editors and journalists in Australia are in fear of upsetting these people and therefore, in my view, self-censoring. It’s the story of how the Israeli-Palestinian issue is the single issue which the media will not cover with the rigour with which it covers every other issue. And, most importantly, it’s the story of how the Australian public is being short-changed – denied reliable, factual information about one of the most important conflicts of our time”.

In the extract, Lyons recalled his 2014 Four Corners report Stone Cold Justice, claiming, “I knew the hardline supporters in Australia of Israeli settlements in the Palestinian territories well enough to understand that this story would unleash a propaganda fatwa against me.

“I knew that if I reported the truth about the treatment of Palestinian children in the West Bank, I would be the target of a backlash which would be tough, nasty and prolonged.”

Recounting protagonists in other challenging stories he has written, Lyons – who is ABC News executive editor and ABC head of investigative journalism – maintained that “nothing matches the fury of the right-wing supporters of Israel, who are often bundled together and described as ‘the pro-Israel lobby’.”

He claims the aim of such attacks is to “make journalists and editors decide that, even if they have a legitimate story that may criticise Israel, it is simply not worth running it because it will cause more trouble than it’s worth”.

Lyons also stated that “the notion that anyone who criticises Israel or its army is being anti-Israeli or antisemitic is nonsense. Worse than that, in my view it’s used way too often to try to scare the media away from reporting without fear or favour.”

Hitting back at Lyons’ claims. Zionist Federation of Australia (ZFA) president Jeremy Leibler stated, “The notion that the Australian media suppresses debate about the Israel-Palestinian conflict is patently false to anyone who reads the newspapers, listens to the radio or watches television.

“Lyons’ book argues that people and organisations like the ZFA … who support Israel’s right to exist in peace and security alongside a future Palestinian state, are not entitled to play the same role as other groups that lobby on behalf of migrant communities, religious communities, environmental causes.”

On the claim that charges of antisemitism are used to shut down criticism of Israel, Australia/Israel & Jewish Affairs Council executive director Colin Rubenstein said Lyons fails to provide “even one bona fide example of a mainstream pro-Israel group making such an accusation”.

“It is simply shameful that genuine concerns about antisemitism are being weaponised against Jews by an ABC employee,” Rubenstein said.

“His gross oversimplifications, misrepresentations and inaccuracies would be laughable if not for the fact the writer is a senior employee of the public broadcaster with a network of cynical supporters.”

Rubenstein added that if Australians were to rely on Lyons’ book, “They would not know that there was a Palestinian terrorist intifada in which over 1000 Israelis were murdered; that Israel has made several far-ranging offers of a Palestinian state which were rebuffed by Palestinian leaders; or that the terror group Hamas rules Gaza and is totally dedicated to Israel’s destruction.

“Lyons’ book offers a perfect example of the type of reporting that should be scrutinised and held to account,” he said.

“AIJAC looks forward to continuing to constructively contribute to debate in this country and won’t be deterred by Lyons’ bullying attempts to shut down our efforts to expose one-sided, distorted or historically illiterate media coverage wherever it comes from.”