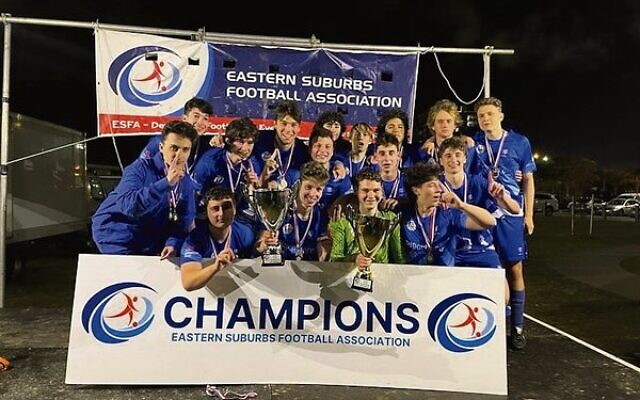 Six Maccabi-Hakoah FC teams – the most in years – played in Eastern Suburbs Football Association (ESFA) junior season grand finals last weekend that all went down to the wire, and two of the Blues teams emerged as champions.

It took composure in a nailbiting 4-3 penalty shootout win to secure the U18 boys’ division 1 title for premiers Maccabi-Hakoah on Sunday night at Heffron synthetic field.

Maccabi and Waverley Old Boys were locked at 1-1 after two halves, with Aidan Forman the goalscorer for Maccabi, but two periods of extra time could not separate the two sides. 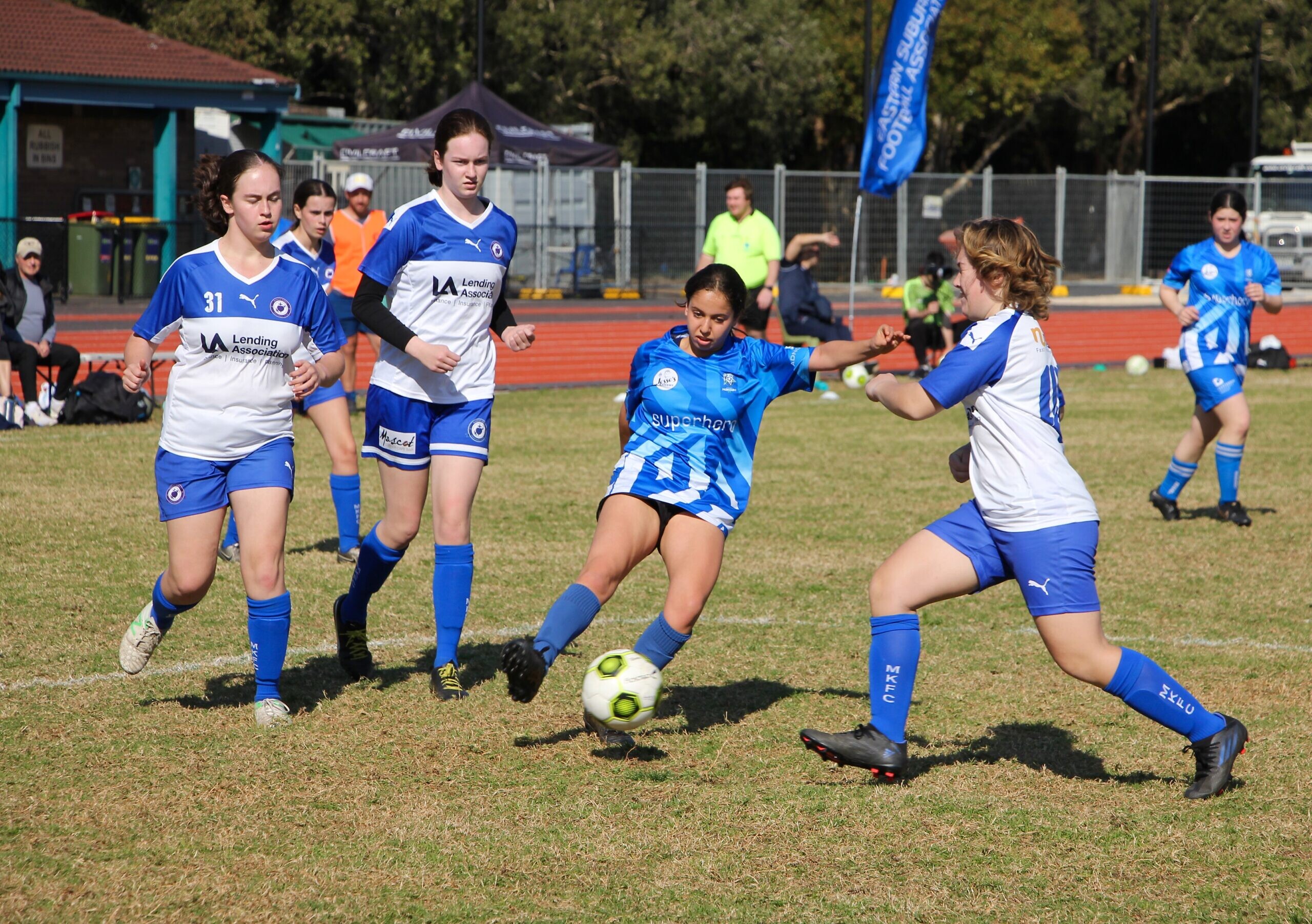 Another title went the Jewish club’s way when its U17 division 2 girls’ team, who finished the regular season in first place, held on for a 2-1 grand final win over Mascot on Sunday afternoon at ES Marks Field.

The Maccabi girls controlled the ball, and field position, for the entire first half, dominating the midfield to create regular scoring chances for their strikers, resulting in goals to Olivia Murray in the 10th minute, and Natasha Sperber close to half-time.

To their credit, Mascot lifted in the second half, scoring a late goal, but Maccabi defended strongly in the crucial final minutes to win 2-1, and almost scored themselves through Sperber and Savanna Horwitz.

Their captain, Ella Abeshouse, said Mascot fought hard in what was “definitely an intense game, and I think it was a lot of our team spirit that got us home”.

“Our girls have played together for years, so we feel like family, and we’re able to communicate effectively during matches, which really helped us today, and all season.”

Coach Michael Synnott said, “They are a really close-knit team, and turn up ready to fight for victory each week, which is half the battle.” 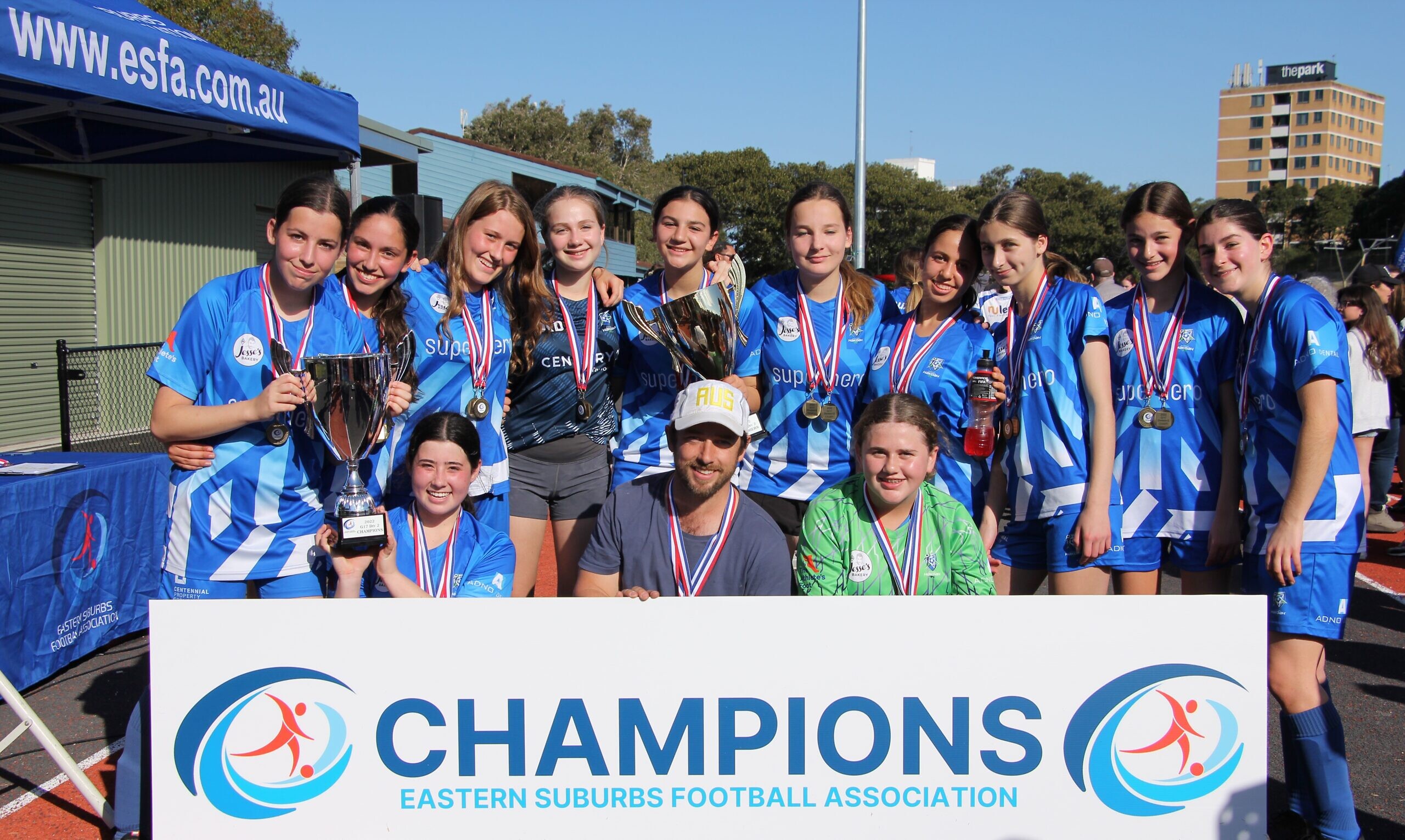 Another boys’ grand final – in U18 division 2 – was decided by a penalty shootout, with second-placed Maccabi-Hakoah losing it 4-5 to minor premiers Glebe.

Earlier in that game, the Maccabi boys led 1-0 at half-time through a classy half-volleyed goal by Teva Porat, but Glebe equalised with five minutes remaining in the second half, and neither side could score during extra time.

The Maccabi-Hakoah U15 division 2 boys’ side matched Pagewood in every department in their grand final, until the 90th minute when they conceded the only goal, to lose 0-1.

In a cracking U15 division 1 boys’ decider, Maccabi-Hakoah fell 1-2 to the Dunbar Rovers, who were the first and the last to score in the match.

David Feller, the competition’s most outstanding player all season, was excellent again in the decider.

And in the U14 boys’ grand final, minor premiers Maccabi-Hakoah were up 1-0 at half-time against Dunbar, via Zac Strasser, who chested a Ben Palmer pass, before beating the keeper from close range.

Maccabi had most of the ball in the second half, but Dunbar were patient, and proved highly effective at counter-attacking, scoring two goals against the run of play, while a last-minute shot by Strasser was saved. 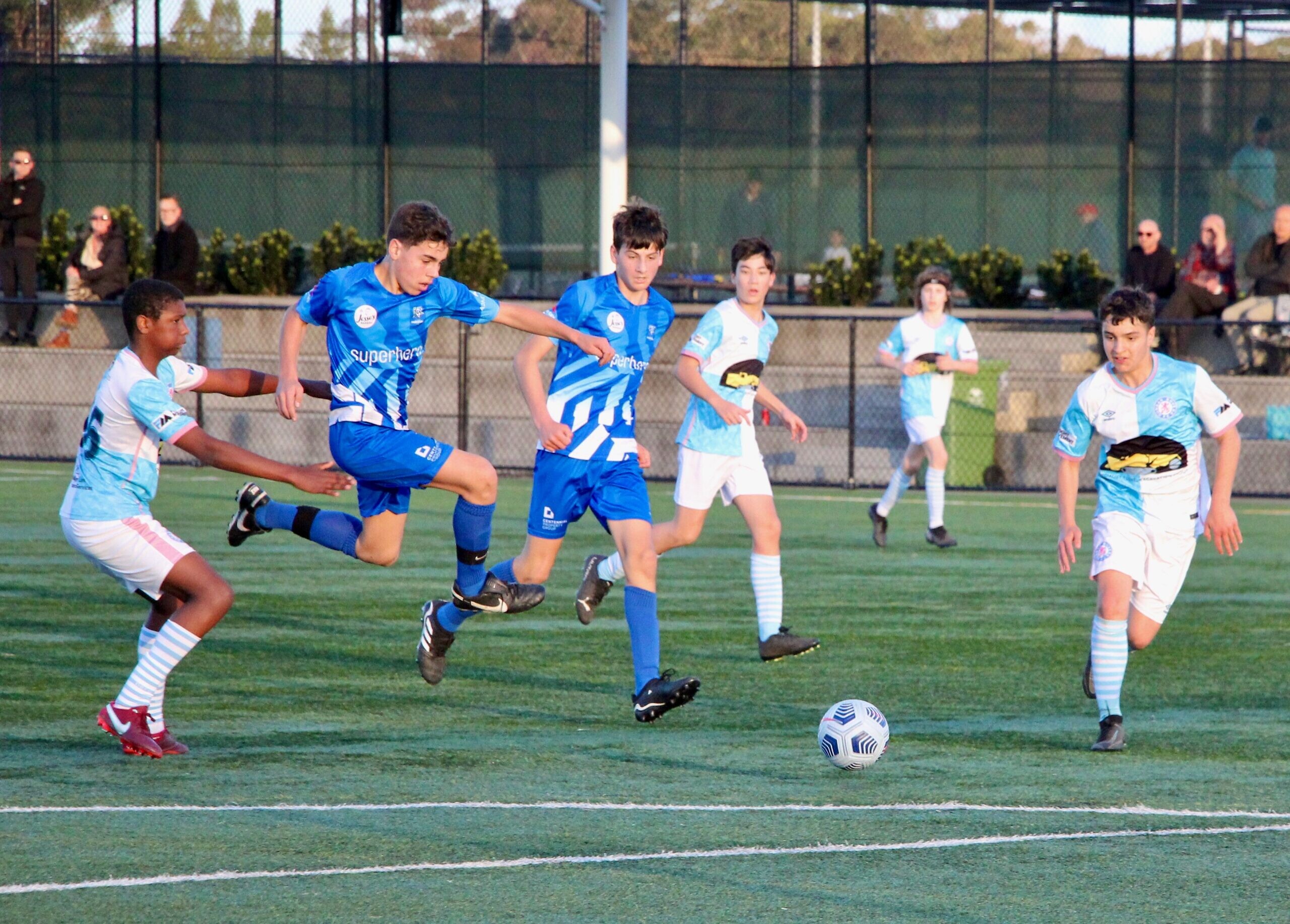 Meanwhile, in men’s football, Maccabi-Hakoah’s only team in the Easts finals series, lost their over-45 division 1 semi-final 2-3 against Pagewood at Rowland Park last Sunday.