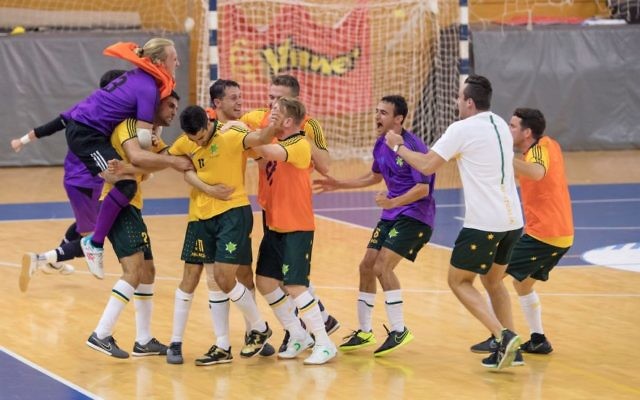 AUSTRALIA is off to a ripping start at the 20th Maccabiah Games in Israel, with the Aussie athletes nabbing dozens of medals.

By the end of Thursday night, Australia had 49 medals: 12 gold, 15 silver and 22 bronze. Three of the medals came from the men’s cycling time trial, where Australia made a clean sweep and won gold, silver and bronze.

In unbelievable scenes, Australia’s men’s futsal team managed to snatch victory from the jaws of defeat, beating Brazil 3-2 in the final seven seconds of their clash.

This win not only avenges the 2013 futsal team, who were knocked out of the competition by Brazil, but puts the team through to the qualifying finals.

Team member Jarrod Basger said “we never stopped, we never believed that it was over”.

“I’ve qualified for two World Cups, but in terms of raw emotion from coming back and winning the game against the team that knocked us out four years ago, it’s unbelievable,” he said.

In cricket, Australia’s boys’ team qualified for the semi-finals after winning all three of their preliminary games, while the men’s side still have a chance of progressing if they beat India. The highlight of their campaign so far was an incredible 1-wicket come-from-behind triumph in the opening round against tournament favourites South Africa.