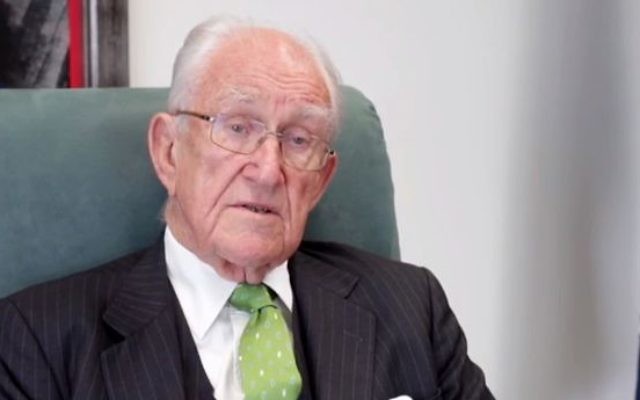 The former prime minister made the assertion while promoting his new book Dangerous Allies during an interview with ABC Radio Melbourne broadcaster Jon Faine last Friday, during which he also said former foreign minister Bob Carr was “absolutely correct” in his view that the pro-Israel lobby wielded too much power.

“Israel years ago, during one of the wars, killed 30 or 40 Americans on a spy ship in the Western Mediterranean,” Fraser told Faine.

“The Americans tried to cover it up. It wasn’t a mistake. It was deliberate.”

When asked on what he based the claim, Fraser said: “Information I have. I am not going to tell you the source.”

Asked by Faine if he agreed that “the pro-Israel and in particular Jewish community lobby in Australia wielded too much power”, Fraser responded, “They certainly do.”

When Faine suggested other religious, ethnic and communal groups, like the Italian community, also lobbied the government, Fraser said, “I don’t think the Italian community, just to take one example, try to get us to follow any particular policies in relation to Italy. And that’s the difference … The Jewish community seek to get Australia to support policies as defined by Israel.”

Leibler said he was “absolutely appalled” by the remarks.

“To make these allegations about Israel deliberately targeting Americans when there’s no evidence to support it, when successive inquiries by both the Americans and the Israelis have demonstrated that this was an accident, I just think it is appalling beyond description,” he said.

Recalling many warm dealings he had with the former prime minister while president of the then State Zionist Council of Victoria in the early 1980s, Leibler said there was one occasion during the first Lebanon War when Fraser himself issued a statement saying he would discuss his concerns about Israel’s actions with the Jewish community and seek their support for Australian policy.

“This is a guy who says we’re too powerful as a Jewish lobby.” Leibler said. “There never has been another case that I can remember that a prime minister or the Australian government has issued a press release calling on us to support a view that they had in relation to Israeli policy.

“This is not the same Malcolm Fraser … It seems he’s developed an antagonism towards the Jewish community and Israel for reasons which are certainly not apparent to me or to anyone else.”

Executive Council of Australian Jewry president Robert Goot concurred with Leibler: “Fraser’s assertion, that Israel’s missile hit on an American ship in the Mediterranean was not mistaken but deliberate, was disgraceful given the number of international inquiries that found to the contrary.

“The statement by Fraser that the Jewish community ‘seek to get Australia to adopt policies as defined by Israel’, suggesting dual loyalties, is equally wrong and particularly ­unfortunate.”

Zionist Federation of Australia president Danny Lamm said: “The [USS Liberty] incident was subject to no less than 10 American investigations and an additional three Israeli investigations, all of which found that it was indeed an accident.

“If Mr Fraser has a credible source to back up his outlandish claims, then he is duty-bound to reveal it.”