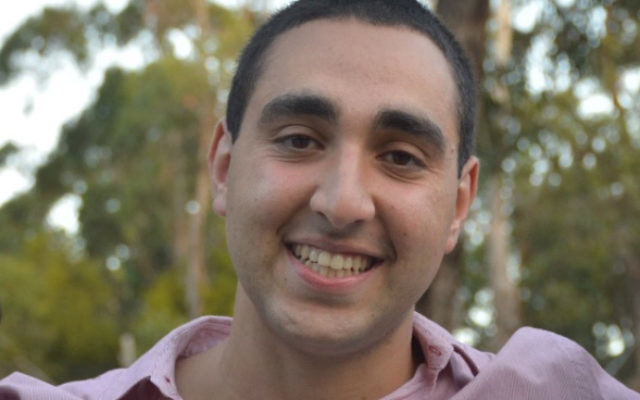 Daniel Simons was a communal stalwart and a loyal friend.

DANIEL Simons made a significant impact on both the Sydney and Melbourne Jewish communities in his 23 years.

The Moriah College graduate, who moved to Melbourne to pursue an electrical apprenticeship in 2013, gave his time to Bnei Akiva, Mizrachi, Friendship Circle and North Caulfield Maccabi Football Club, in addition to being a loyal and dedicated friend.

Tragically, Daniel took his own life in January 2017 after struggling for several months with depression.

This Sunday, a group of Daniel’s close friends will run the Melbourne Marathon to raise funds for Beyond Blue in his honour.

“For someone who seemed so happy and had just attained his electrician’s licence, his death came as a complete shock and shattered our community,” close friend Benji Jones said.

Jones said Daniel “brought so much joy to so many people”.

“I met him during a year spent together in Israel following school and I was immediately drawn to his caring nature, love of life and infectious smile,” he said.

“Daniel lived in the moment as much as anyone I’ve ever known.”

Last year, a group of Daniel’s friends decided to complete the marathon and raised $16,000 for Beyond Blue.

“We were overwhelmed by the support from the community and have decided to do so again in 2019,” Jones said.

With 15 friends having signed up to participate, they hope to raise $40,000 this year. “Our aim is to demonstrate that mental health [issues] can affect any of us, even those who seem happy and content. It is okay to not be okay, and indeed it takes courage, not weakness, to acknowledge this and seek help,” Jones said.

“We hope through our awareness conversations are being had so those struggling are empowered to seek help.”

Following Daniel’s passing, his father Steven said he “impacted the lives of so many and will be remembered forever for being the true inspirational mensch that he was”.

If you or someone you know is struggling, contact Lifeline on 13 11 14.