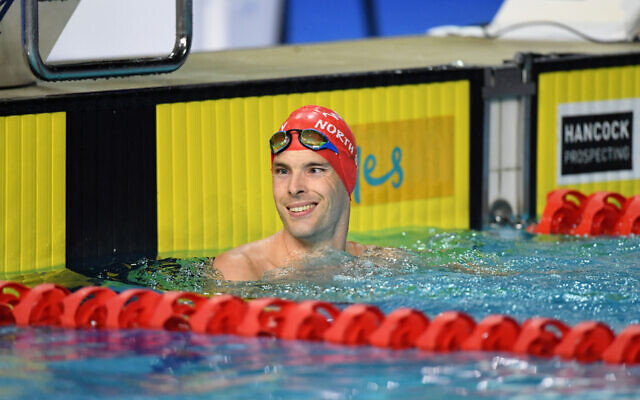 ON Wednesday night at the Australian swimming trials in Adelaide, 34-year-old North Sydney swimmer Matthew Levy was named in a 32-strong Australian para swimming squad that will compete at the Paralympic Games in Tokyo.

The youngest member of the squad is 15, and Levy is the oldest.

Levy, who first represented Australia at the Paralympics in 2004 in Athens, has won seven Paralympic medals in his two-decade swimming career, including several golds.

Following the announcement of the squad, Levy thanked everyone for their belief in him.

“Proud to say I have made my 5th Paralympic Games in Tokyo!” Levy said.

“It was a hard road to get to this point with Covid, and all that sport throws. But [I’m] proud to put on the green and gold in 8 weeks’ time.”