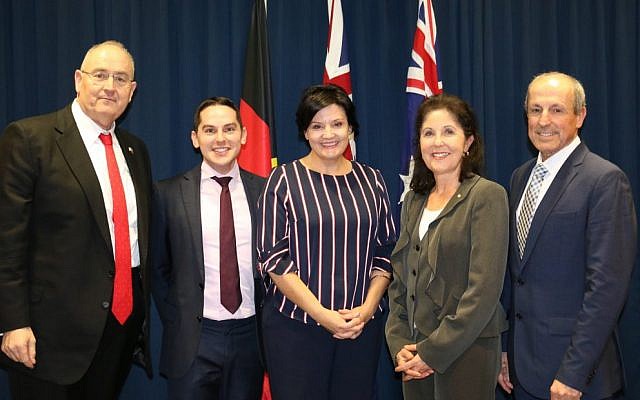 At the meeting, JBOD issued a formal invitation to McKay to address its plenum in 2020 and participate in the annual Chanukah ceremony at NSW Parliament House later this year.

Among the matters discussed were Jewish communal security, the recent increase in antisemitic activity, the need for more cemetery space, anti-racism measures in NSW, and Jewish community support for the victims of the recent Christchurch terror attacks.

“I look forward to working with the Jewish community and other community groups to combat racism and intolerance in all forms,” McKay said.

“The NSW Jewish community has been at the forefront of the fight to combat intolerance and discrimination from LGBTIQ communities to anti-racial vilification laws as well as awareness of the Holocaust.

“My own community – the electorate of Strathfield – has a wide range of community groups including Korean, Chinese and Maronite Christian communities – so I understand the importance of putting mutual understanding and recognition of our diverse society at the heart of decision-making.”

Secord described the meeting as “warm and friendly” and said he hoped it was the start of a strong two-way relationship.

Last week, McKay acknowledged the contribution of the NSW Jewish community to building a tolerant and cohesive multicultural and multi-faith society.

She also described JBOD as an organisation respected for its inter-faith and inter-communal activity.

One of the first steps by McKay was to assume the responsibility of shadow minister for multiculturalism.

“One of my first priorities as newly elected Labor leader was to put multiculturalism at the centre of my administration,” she said.