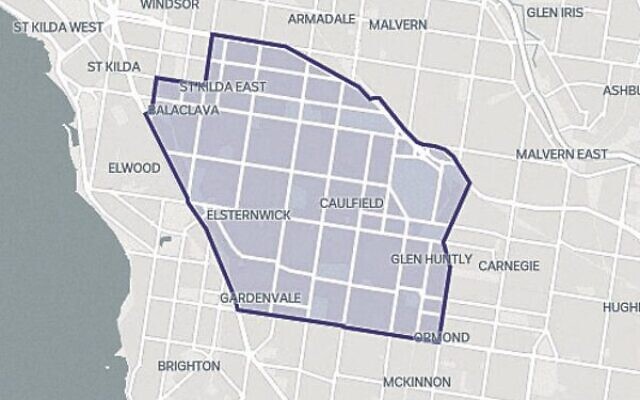 The AJN will partner with the Jewish Community Council of Victoria (JCCV), Zionism Victoria (ZV), the Australasian Union of Jewish Students and the Australian Jewish Climate Network in presenting the Caulfield Great Debate on November 3.

“We are proud to be co-hosting this important event,” AJN national editor Gareth Narunsky said.

“It is important that members of our community involve themselves in the democratic process. This forum will provide an opportunity to hear where the candidates stand on important issues.”

JCCV president Daniel Aghion said, “We all know that there is a diversity of political opinion across our community, and it is unprecedented to see that diversity represented by Jewish candidates who have nominated to contest Caulfield at the upcoming election.

“I look forward to a robust contest of ideas before a full audience at the Caulfield Great Debate.”

In addition to outlining their policies and positions, the four candidates will also take questions from the audience. The event will be moderated by respected freelance journalist Julie Szego.

“In an election that’s almost certainly going to be tighter than most people appreciate, because of the interplay between the two major parties, the Greens and Teals, the seat of Caulfield looks like being a microcosm of what will happen state-wide,” ZV president Yossi Goldfarb said.

“Given that the seat has Victoria’s largest numbers of Jewish voters, issues relating to multiculturalism, antisemitism and Israel are certain to be discussed, as are each candidate’s views on the macro issues such as health, infrastructure and COVID recovery.

“There is no doubt that it will be a fascinating opportunity for voters to understand the priorities of each of the candidates.”

The event, to be held at Glen Eira Town Hall from 7-8.30pm, is free but registration is essential. Register: eventbrite.com.au/e/the-caulfield-great-debate-tickets-434779074917