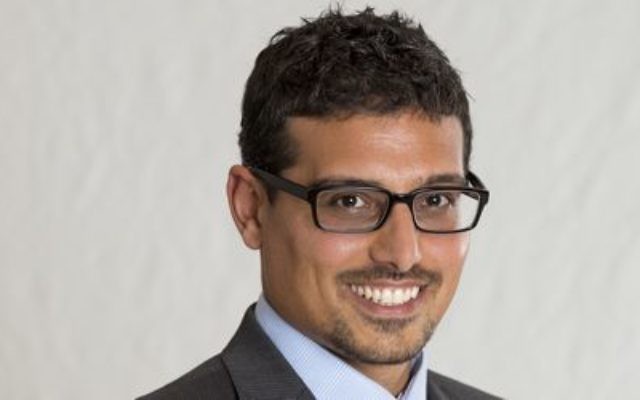 FORMER Yeshivah College (Melbourne) student Manny Waks, who was sexually abused at the school in the early 1990s, is suing the Yeshivah Centre and its leadership for negligence.

Waks was abused by former Yeshivah employee David Cyprys, who is serving eight years in jail after he was found guilty of repeatedly raping a child and pleaded guilty to a further 12 charges in September last year. It is believed that Cyprys is one of 13 defendants listed in the writ, which was lodged with the Supreme Court last year.

On Friday, a judge granted Waks an extension of time to serve the writ for a second time, as the statute of limitations on the claim was set to expire.

“I have previously made clear my intention to pursue civil action against the Yeshivah Centre,” Waks told The AJN. “I have also made it abundantly plain why I have taken this action, and repeatedly called for the Yeshivah Centre to accept responsibility for their actions. The matter is now before the courts and I cannot comment further, but of course I hope for a compassionate and fair response from the Yeshivah Centre.”

Rabbi Yehoshua Smukler of the Yeshivah Centre declined to comment. The AJN understands there are multiple victims of abuse at the school at various stages of similar actions against the centre and its leadership. In July last year, former Yeshivah College teacher David Kramer pleaded guilty to molesting four boys and was sentenced to three years and four months in jail. He was spirited away to Israel in 1993, after senior officials were made aware of the alleged abuses, which took place between 1990 and 1992. Prosecution lawyer at the time Brett Sonnet said Kramer had admitted some of the offences in 1992, claiming the incidents had been instigated by the boys he abused. The court heard Rabbi Avrohom Glick didn’t suspend Kramer because he was worried about his welfare.

“There was a cover-up and Mr Kramer was shuffled out the door,” Marsh said, adding: “Yeshivah was pretty keen to have him out of the school for obvious reasons.”

At a committal hearing in the Melbourne Magistrates Court in 2012, Rabbi Glick said he had been given information by the late Rabbi Yitzchok Dovid Groner in the early 2000s that led him to suspect sex- abuse allegations at Yeshivah might relate to Cyprys. He said that shortly before his death in 2008, Rabbi Groner told him outright it was Cyprys. But Cyprys was arrested only after a victim came forward in late 2011.

In a witness statement at the time, Rabbi Glick said he had only recently become aware of accusations against Cyprys, but changed his statement under oath in the Melbourne Magistrates Court. “I’m making that amendment because I said Rabbi Groner never divulged the names of individuals, and I am now saying that is not 100 per cent accurate,’’ Rabbi Glick told the court.

“There were two times when he named individuals.’’

He said Rabbi Groner told him in the early 2000s that either an alleged victim or his father had complained that he had been sexually abused.

In May 2012, magistrate Luisa Bazzani said it was “unfathomable’’ that Rabbi Glick did not know about the allegations at the time.