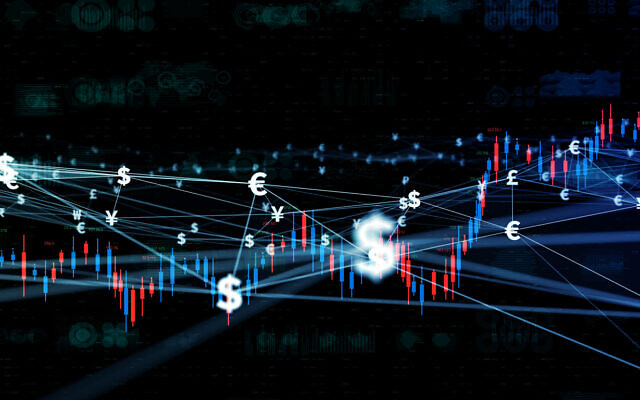 The founder of Israeli company Mellanox Technologies, sold to Nvidia for a massive US$7 billion in 2020, and the former CEO of Israeli telecommunications giant Bezeq announced a new investment on Monday in fintech startup Hedgewiz, an Israeli company looking to tackle foreign currency transfers.

Hedgewiz, founded in 2016, has offices in Tel Aviv and London. The company developed a software platform that it says handles foreign exchange transfers and global payments for business clients more efficiently than banks, which rely on the SWIFT global bank payments system, a 50-year-old method for executing financial transactions used by over 11,000 financial institutions worldwide. The system has been in the limelight in recent weeks as governments have sought to sanction Russia over its invasion of Ukraine by cutting off Russian banks from SWIFT, thus hindering their transaction abilities.

“The field of international currency transfers to business customers has always been considered outdated, very complex, suffers from mistakes of money transfers to the wrong places, extremely high transaction costs… and lack of transparency,” the company said in a statement. The SWIFT system, it said, “the heart of the global system is already 49 years old. Precious time is lost for operations that [are] supposed to be quick and simple.”

“We also have a solution for the case as is happening now in Ukraine: the employee and the employer open an account on the platform so that the Ukrainians can have access to the money even if the Russians close the local banking system to them,” he added.

Reuter said the Hedgewiz platform “knows how to produce optimisation by finding the fastest and cheapest route to transfer funds directly to the destination country through interfacing with our partners.’”

Eyal Waldman, the founder of Mellanox, who became the largest investor in Hedgewiz and also joined the company’s board, said companies worldwide stood to benefit from the startup’s solution.

Stella Handler, a former Bezeq CEO, said the Israeli startup “provides a solution to market failure in the field of money transfer between businesses and entities in international markets, with the potential for high-rate growth.” Handler served as CEO of Bezeq from 2013 to 2018, stepping down that year amid a major corruption probe also called Case 4000 that also ensnared former prime minister Benjamin Netanyahu. In Case 4000, Netanyahu is alleged to have advanced regulatory decisions as communications minister and prime minister that immensely benefited Shaul Elovitch, the former controlling shareholder of Bezeq.

According to the announcement Monday, Handler invested $150,000 in Hedgewiz and Waldman poured in half a million. Additional investors in the company include Shabtai Adlersberg, chairman and CEO of Audiocodes, which is traded at a value of about $1 billion on the Nasdaq, and entrepreneur Yaakov Kotlicki, who sold home security systems company Visonic in 2011 for about US$100 million.

Hedgewiz said it currently works with 100 international companies, most of them European.