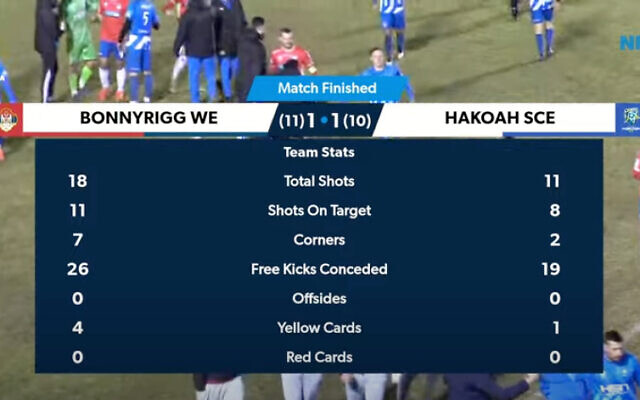 Hakoah out in epic round 7 penalty shootout

Hakoah FC’s impressive winning run in the 2022 Australia Cup ended in cruel fashion in round 7 on Tuesday night, when they lost a mammoth penalty shootout to State League One rivals Bonnyrigg, that lasted almost 20 nail-biting minutes, and 14 sets of penalty attempts.

After a goalless first half, Hakoah scored in the 59th minute via a Yianni Spyrakis header, and looked in control until conceding a late own goal.

Neither side could score in extra-time, and Bonnyrigg eventually prevailed 11-10 in the penalty shootout.

It was the last round before 10 A-League teams enter the final stages of this annual national knockout football competition.

With almost no Miniroos or junior games scheduled for Maccabi-Hakoah FC teams during the June long weekend in the Eastern Suburbs Football Association (ESFA), the club’s committee decided to organise a gala day on June 12 with Pagewood Junior FC.

It proved an excellent idea, as U8 to U12 boys and girls teams from both clubs enjoyed playing football together under bright sunshine, which was so lacking earlier this season.

Even better, most of the gala day games were close, including three draws, and five games with a one-goal margin. 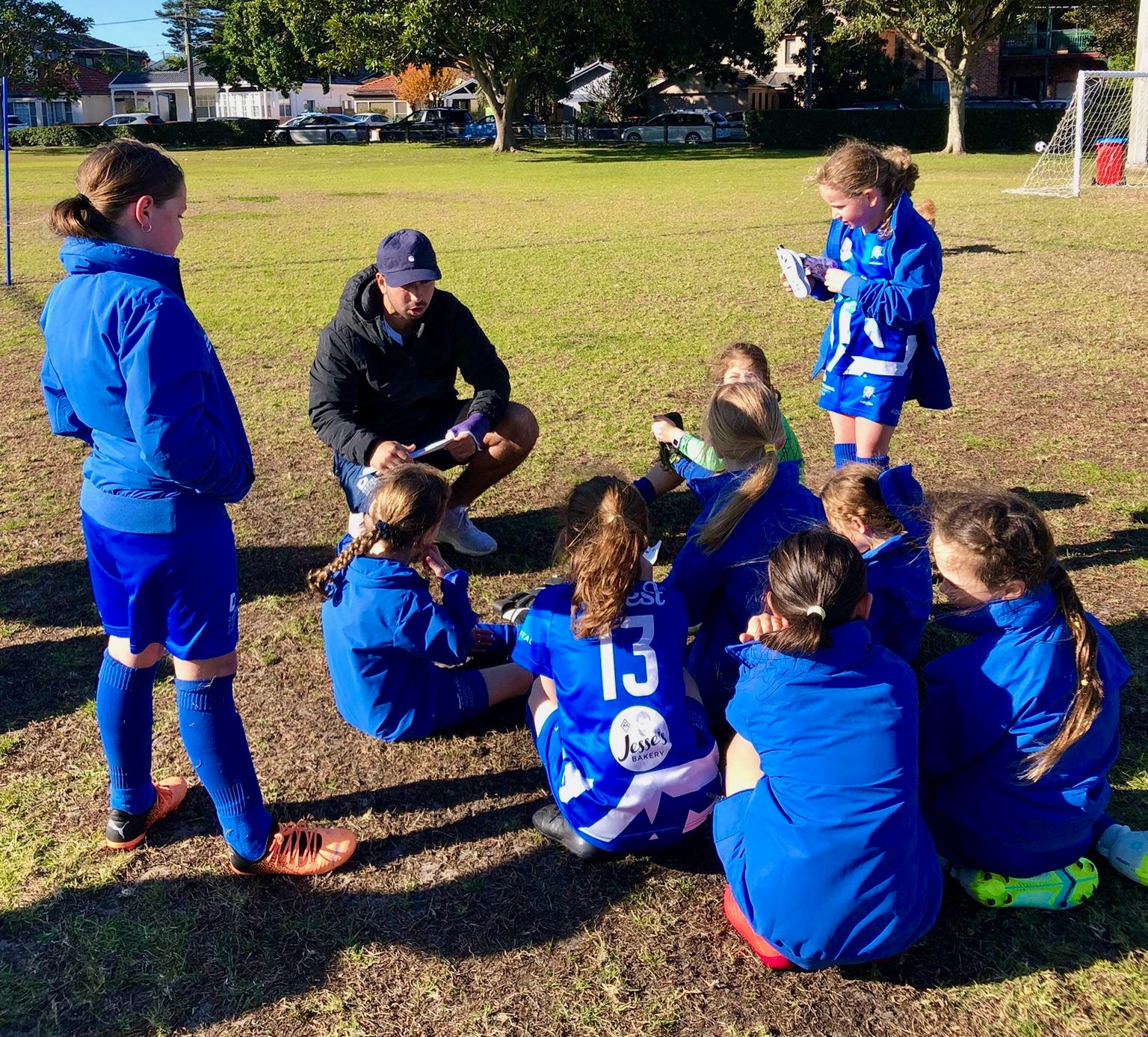 Coach Hugo Jacoby with the Maccabi-Hakoah U8 girls team before their 8-4 win over Pagewood at last Sunday’s gala day.

Meanwhile in round 10 of ESFA men’s football, Maccabi-Hakoah teams struggled.

Robbie Ezekiel and Daniel Danilov both scored in their 2-4 loss to Easts in Saturday division 1, and in Sunday division 1, the Blues lost 0-1 to the South-east Eagles after conceding a goal in the opening minute, and missing a sitter in the dying minutes.

In Division 2, Giora Glock scored for the Maccabi men in their 1-2 loss to second-placed Easts.

A Division 3 match was deferred, and in over-45s division 1, Maccabi-Hakoah made up for a 0-7 drubbing the week before by defeating Maroubra 2-0, with goals scored by Mark Skurnik and David Hirst, to remain in first place by one point. 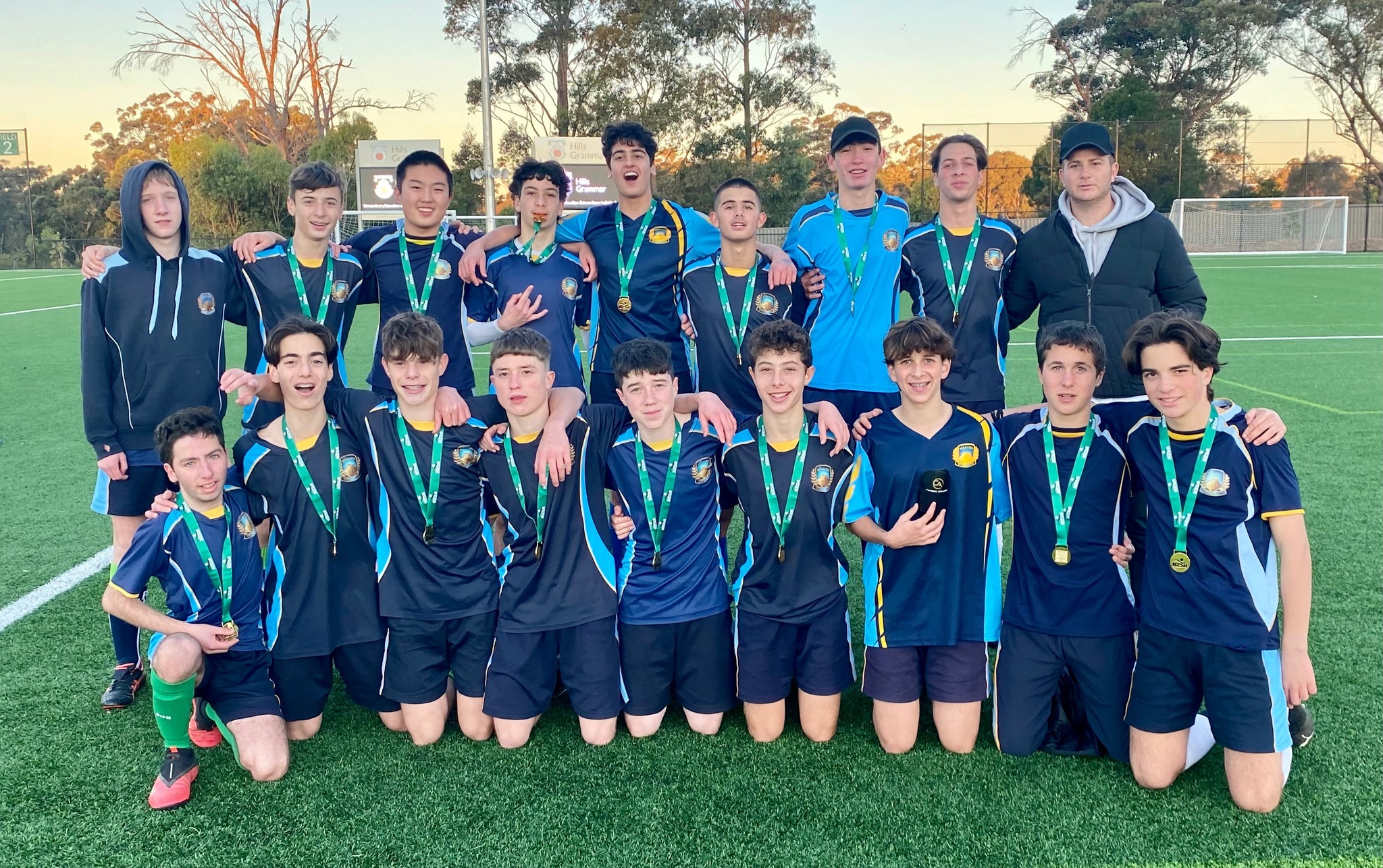 In more good news for Masada, Sam Goldin came 11th at the CIS Cross Country Carnival, posting a PB time, and is a reserve for next month’s All Schools Cross Country Championships.

Their last match before the Games will be this Saturday from 3.15pm at Woollahra Oval, versus Lane Cove.

The trio earned selection to represent the Sydney Comets at a tournament in Melbourne during the long weekend.