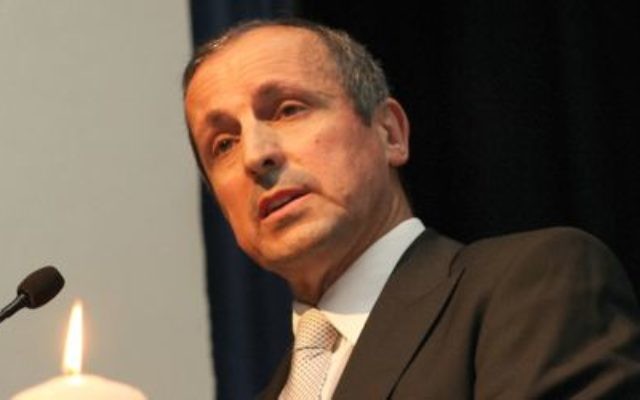 MINISTER for Citizenship and Communities Victor Dominello has backed NSW Jewish Board of Deputies CEO Vic Alhadeff to remain as chair of the NSW Community Relations Commission (CRC) amid calls for his resignation by leaders of the local Arab community.

A letter sent to the minister this week, which was endorsed by a number of organisations, asked for Alhadeff be terminated as head of the CRC on the basis that he was not “capable of exercising sound judgment on community relations” after he sent a community update about Operation Protective Edge to Jewish community members last week.

In that update, Alhadeff said Hamas had committed “war crimes” and used civilian launching sites for its rocket attacks on Israel. He wrote that “all options are on the table” for Israel to defend its citizens but it was operating with care to avoid civilian casualties.

Signatories to the letter sent to Dominello charged Alhadeff with “making divisive and one-sided comments that only serve to alienate a large section of the community, incite disharmony and intolerance”.

“His statement … is about disseminating the justification of violence by the armed forces of another country against an occupied and besieged people,” they wrote.

“Alhadeff’s one-sided statement contradicts the ethos of the CRC and its charter and highlights the inherent conflict of interest between the two roles he currently occupies.”

But Dominello confirmed to The AJN that Alhadeff, who he said “is doing an outstanding job” as CRC chair, would remain in the post.

“We all bring different perspectives to international issues and he has conceded the language used has offended some members of the Muslim community,” he said.

“We must not overlook Mr Alhadeff’s substantial achievements in promoting inter-faith understanding between the Jewish and Muslim communities.” He said he would meet with the authors of the letter to discuss their concerns.

Alhadeff told The AJN: “Despite occasionally differing views on issues, we all share a determination to live peacefully and harmoniously together in a tolerant and inclusive NSW.”

“The role of the CRC Chair is to fight racism, promote multiculturalism and ensure community harmony. This is what I have done passionately and will continue to do,” he said.

“The Board of Deputies and CRC both work to enhance communal harmony, and while there may be subtle differences on occasions, the roles are compatible in that both organisations are committed to harmony and inclusion.

“The Premier, numerous MPs and several communities have publicly supported my work with the CRC, and I stand on my record in terms of sowing harmony in NSW.”

However the Premier’s full statement to the Herald suggested otherwise.

“Few people have done more to promote interfaith engagement and understanding between the Jewish and Muslim communities in NSW than Mr Alhadeff. He has done an excellent job since his appointment as CRC Chair,” the statement read.

“The Premier expects Mr Alhadeff to use his position to bring together multicultural communities and promote community harmony.

“While Mr Alhadeff was not writing in his capacity as CRC chair, his statements may be considered inconsistent with these objectives.

“He has acknowledged the need to focus on issues in NSW and avoid using inappropriate language regarding overseas conflicts.”

“He has done an excellent job”: Vic Alhadeff.