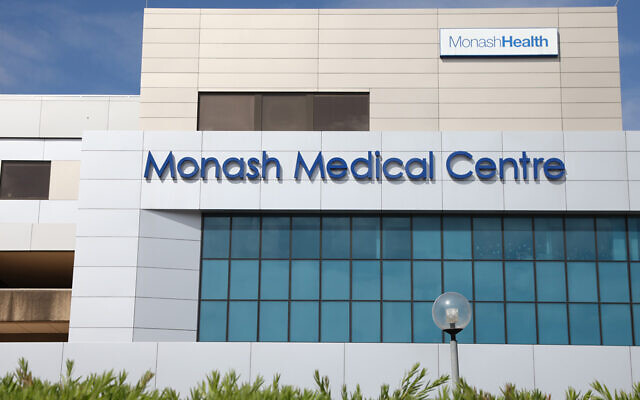 A PROMINENT Melbourne doctor’s antisemitic jibe has drawn condemnation from Victorian Health Minister Martin Foley and has triggered an investigation by a health care group.

The high-ranking cardiologist, who works at Monash Heart, Victoria Heart and Cabrini, has apologised for an email in which he suggested to his sister that a Jewish man should “pack his jew bags and f**k off”.

Melbourne Jewish woman Susannah Swiatlo had emailed property managers CastranGilbert on July 24 asking for a rent reduction for her brother Paul Micmacher. The email was forwarded to the property’s owner Gina Nasis, who asked her brother Arthur for advice.

Dr Arthur Nasis, an associate professor at Monash University, emailed, “ignore it for 1 week [sic] in 1 week, write back and say I will review all information and get back to you within 1 week [sic] that gives you 2-3 weeks if you sell Avenue by then – tell him to pack his jew bags and f**k off”.

His email remained in a chain which the property agent inadvertently forwarded to Swiatlo. A stunned Swiatlo said, “I paused in disbelief – tears started to well in my eyes. Shock, hurt, sadness, disappointment overcame me. It sparked fear of the prevalence of antisemitism and hateful words loosely used in everyday communication.

“Recounting the situation and reading the email to my family, I saw the raw emotion from my father who was born in 1945 and lost family members at the hands of the Nazis, and who spent his toddler years running through Europe.”

She responded to the agent, receiving a reply from the landlord that “Arthur and I occasionally communicate using loose language … this should not have happened and should not have gone further.”

Swiatlo then contacted the Anti-Defamation Commission (ADC) and with support from its chair Dvir Abramovich, she raised the matter with Monash Health and Monash University. However, she was told the slur was a private matter. Frustrated with these responses, the ADC publicised the incident.

However, after a discussion with Australasian Jewish Medical Federation Victoria president Dr Jack Green, Dr Nasis issued an apology. “I would like to apologise for any offence caused … They are words I never should have used. I certainly meant no offence but I now understand why what I said was so offensive. I am grateful for the opportunity to discuss this and apologise … I look forward to maintaining a positive relationship with my Jewish medical colleagues and the wider Jewish community.”

Green told The AJN he conveyed to Nasis that “negative stereotypes … have been used to vilify and attack Jews through history. We had a very fruitful and long meeting”.

Meanwhile, Courage To Care CEO Mike Zervos said he has communicated extensively with Dr Nasis who responded he was “truly remorseful for the hurt that I have caused”.

Swiatlo said about Nasis, “I welcome his regret.” In a letter to the ADC, she stated, “I have an obligation not to ignore comments such as the ones made by Dr Nasis.”

Meanwhile, Health Minister Martin Foley stated this week, “There is no place for antisemitism in Victoria and these comments made by Dr Nasis are completely unacceptable. Victoria is a proud multicultural state and we stand by our Jewish community. Monash Health has commissioned an urgent investigation into the matters raised which will be undertaken by an external expert. Safer Care Victoria will await the outcome of this investigation.”

Louise Kanis, executive director, public affairs & communication, at Monash Health confirmed it has now launched an investigation, adding, “We will always work to ensure racism or abuse is never tolerated in or outside our workplace.”

A spokesperson for Victoria Heart stated the organisation has told Nasis his remarks do not reflect its values.

Cabrini Health CEO Sue Williams emphasised, “Any comments of this nature, that vilify a person based on their religion, race, ethnicity, gender or sexuality, are not acceptable.”

Stating, “We welcome the regret he has expressed,” Abramovich added, “This kind of prejudiced world view is antithetical to our core values and has no place in Australian society. People in public positions, especially those who treat the sick, bear an outsized responsibility for their actions, private or public.

“As we await the report of the investigation launched by Monash Health, it is not too late for Dr Nasis to apologise to Ms Swiatlo and her brother in person … Another measure to repair the damage that he has caused is for Dr Nasis to develop a better grasp of the evils and consequences of hatred by meeting with a Holocaust survivor who can share first-hand what can come of hateful language and stereotypes like the ones he expressed. The ADC stands ready to facilitate such a meeting.”