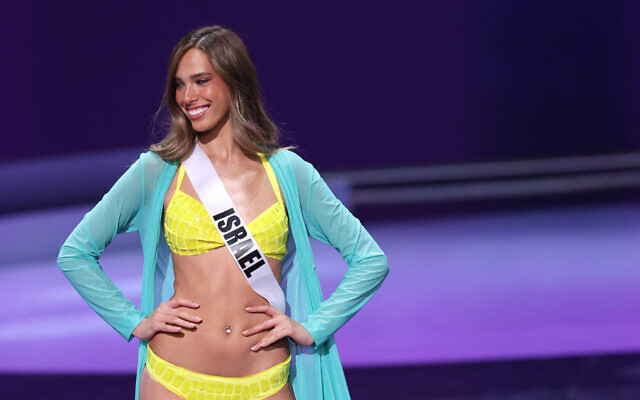 The Miss Israel beauty contest will not be held this year, ending a run of annual competitions that started in 1950. As a result, Israel will not be sending a contestant to the international Miss Universe contest to be held January in the US.

The move by organisers of the Israel contest, which was quietly announced last week, drew a range of responses from past winners, from lamenting the development to welcoming the event’s demise. In recent years the pageant has faced criticism for judging women on their physical appearance.

Sella Sharlin, Miss Israel 2019, told Radio 103FM, “I think that the competition, for those who aren’t familiar with it in depth, today gives a lot of tools to anyone who is chosen.”

She spoke about the work that winning the contest had led to, including “lectures that I later got to give to youth. I founded a group of associations that deal with financial education for youth.

“At the end of the day, this competition gives a platform and a place for women to lead, to initiate, and not necessarily to talk about beauty,” Sharlin said.

She suggested changes could have been made, such as dropping the swimwear section of the contest and placing more emphasis on “standing in front of an audience, speaking, leading things, giving space to female power. Not for beauty or the looks of women.”

Sharlin, who was on the panel of judges in the last contest, said that there have been changes made to reflect current attitudes, but admitted they have not been enough and are not demonstrated in the contest itself.

Sivan Klein, the 2003 contest winner who went on to become a Channel 12 television host, backed the cancellation. 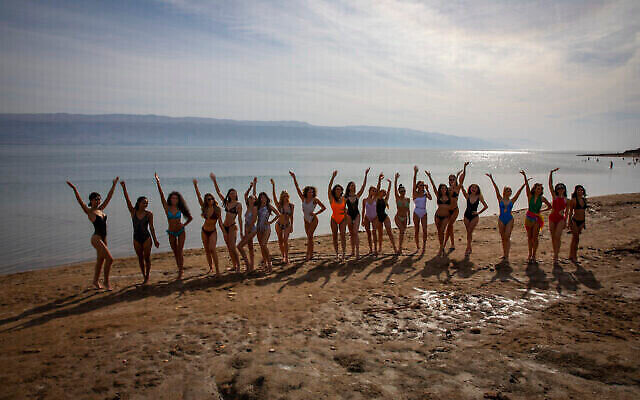 Contestants of the 2021 Miss Universe pageant enjoy a sunny day on a beach at the Dead Sea. Photo: Olivier Fitoussi/Flash90

In a video post to Channel 12’s website, she welcomed the end of the contest, saying that while it may have had its merits, it is outdated.

“Queen Elizabeth has died, and now the beauty queen contest is buried,” she said. “Definitely not a time to be a queen, but maybe it’s a slightly better time to be a woman.”

Noting the range of ethnicities of past winners and the achievements that some went on to realise, she said, “There were real queens, regardless of beauty, and the organisers really thought it was important to empower women, but come on… in 2020-something, you can also say that this competition is no longer a thing.”

The contest, she said, is “shallow. It asks smart questions of smart women, in a bikini. It places a crown on the head and at the same time, a ceiling.”

Linor Abargil, who was crowned in 1998 and has since become a lawyer and actress while also embracing Orthodox Judaism said in an Instagram post last week that it was time to end the contest.

“A woman is not a body or a face and no one in the world has the right to criticise us, or to assess our weight to see if it matches what is going on in the market!” she wrote. “People change, the world changes, it is permissible to say we were wrong and move on to a world where women will continue to run the world but only because of who they are, and not because of anything else.”

The Miss Israel administration said in a statement Tuesday, “We will not participate in the Miss Universe contest this year.”

Winners of the Israeli contest were sent to represent the country at the Miss Universe competition.