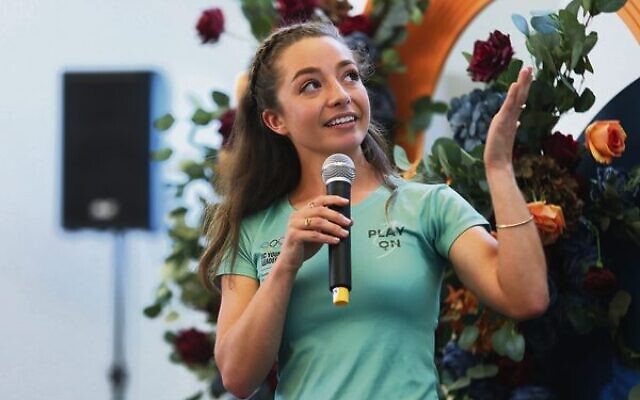 WITH two Commonwealth Games gold medals in her possession, and a brilliant sixth place result achieved in her Olympics debut in Tokyo last year, 24-year-old race walker Jemima Montag is full of confidence, and on top of her game. Yet that was far from the case when she was in her late teens.

“I faced all the same barriers to participation in competitive sport that young women tend to face, so I stepped away and totally gave up on it, as I had no self-belief as a 17 and 18-year-old,” Montag told The AJN after officially launching her successful pilot project, Play On – which aims to empower girls to stick with sport – at a Maccabi Victoria-hosted event at Melbourne’s Caulfield Pavilion last Sunday.

“And I came back into sport only really with family support and encouragement, and then by connecting with experts like sport psychologists, nutritionists, mentors, and role models, to learn what I needed to know to overcome some of those challenges.

“But most young women and girls outside of the elite athlete community don’t have access to that, so they’re getting their information from social media and their peer groups, but that information is not always accurate, and it’s sometimes quite harmful.

“So I thought, how could we get the right information from experts, and from Olympians and Paralympians, and present it in a palatable, fun and engaging way, to those adolescent girls who need it.”

Designed as an online resource with four modules – female athlete health, mental health, nutrition, and creating an inclusive environment – the opportunity to research, develop, trial, implement and receive seed funding for Play On emerged when Montag was selected as one of only 25 athletes from around the world in the 2021-2024 intake of the International Olympic Committee’s Young Leadership Program.

“Each of us was given the task of picking a pressing issue we’re passionate about, and then over four years, developing a sport-based solution.” 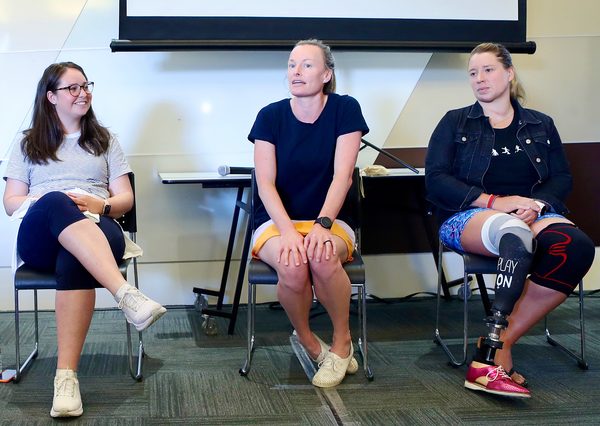 The Maccabi Athletics Club Life Member, who is studying medicine, last year recorded and edited interviews with 14 diverse Australian female experts and elite athletes, to incorporate into lesson plans for each module. Earlier this year, she successfully piloted it at South Melbourne Districts Football Club, and at two Melbourne girls’ schools.

Next year, Play On aims to reach as many as 5000 girls through partnerships with Maccabi Australia, the Victorian Institute of Sport, School Sport Victoria, and Play On ambassadors – Olympians and Paralympians – visiting Victorian schools.

“I’m really grateful for Maccabi’s support, and I feel really energised seeing Play On come to fruition, because it is exactly the gift that I would have liked to give to my younger self,” Montag said.

“I want to create a better environment for the next generation of girls.”