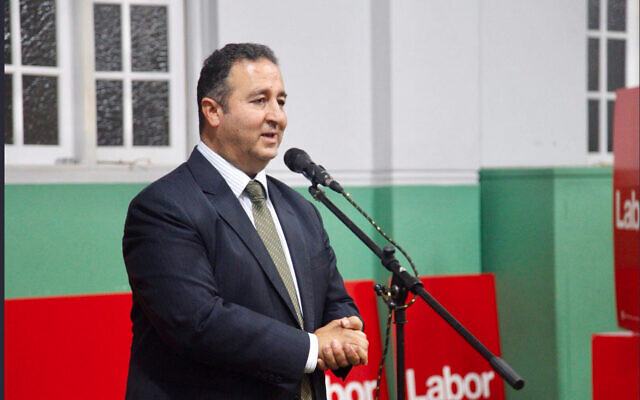 CONTROVERSIAL parliamentarian Shaoquett Moselmane has stepped down as assistant president of the NSW Legislative Council over contentious pro-Chinese government comments he made regarding the COVID-19 outbreak.

Labor MP Moselmane has a long history of being at odds with the Jewish community.

In 2018, he barred NSW Jewish Board of Deputies (JBOD) CEO Vic Alhadeff from a multicultural trade union event and tweeted a link to an article on the website of notorious antisemite and former Ku Klux Klan grand wizard David Duke.

He has also appeared at a rally where Hezbollah flags flew openly and hosted controversial former University of Sydney academic Tim Anderson at Parliament House.

His party and parliamentary colleague Walt Secord, who in 2013 raised three points of order during a speech he described as “simply an anti-Israel rant” by Moselmane, welcomed his resignation.

Secord, the NSW shadow treasurer and NSW Parliamentary Friends of Israel deputy chair, described the China speech by Moselmane as “extremely stupid” and said it was part of a “bizarre and long pattern of defending China and attacking Israel”.

“We have clashed many times on Israel and China and I am pleased that he has resigned the assistant president position,” he said.

Alhadeff told The AJN, “Apart from his offensive remarks about China’s role in the pandemic, Mr Moselmane has taken deeply problematic views on Israel and our community over the years, drawing an analogy between Israel and Nazi Germany, and refusing entry to the CEO of the Board of Deputies at the launch of a Labor multicultural group.

“His jaundiced views on such issues have reflected poorly on the many fine members of NSW Labor for far too long, and we don’t believe many will shed a tear at this development.”

Moselmane, who took up the post in May last year, remains a member of the NSW Legislative Council.