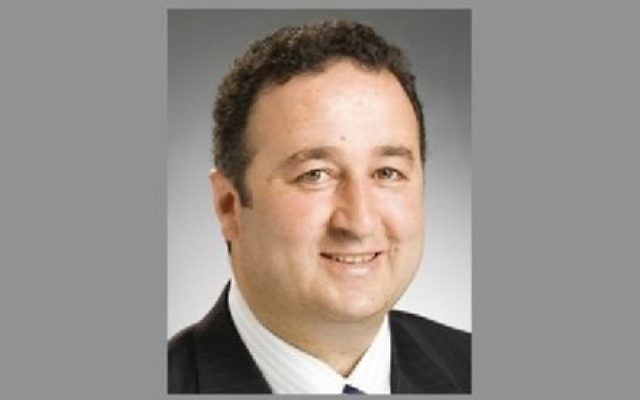 TWO months after his infamous attack on Israel in the NSW Upper House, MP Shaoquett Moselmane was at it again last week – calling supporters of Israel “cancerous” and “malicious” – just two days after 20 of his Labor Party colleagues signed the London Declaration on Combating Anti-Semitism.

Moselmane’s speech began on a positive note, recounting a ceremony at which a Koran was presented to the House, noting it represented “multiculturalism, religious harmony and genuine interfaith”.

But he then turned his focus towards criticism he had received in The Australian – which he called the “Australian Israeli media” – accusing the publication of “denying the truth of Israel’s occupation of Palestinian land and the killing and dehumanising of the Palestinian people”.

“I accept the right of people to express their views, even when they are wrong, naive, ill informed, indoctrinated and blinded by the power of a political lobby group that is cancerous, malicious and seeks to deny, misinform and scaremonger,” he said.

“What I do take exception to is foreigners intervening in the rights of Australian politicians to speak out. Therefore, I say to the Israeli ambassador, Yuval Rotem, ‘Butt out and stay out. Your perceived right to bully as you do in the Middle East does not extend to the Australian political arena.’”

Opposition Leader John Robertson was quick to distance himself from the remarks.

“I comprehensively reject the allegations made by Mr Moselmane. I have made this clear to him,” he said.

“Speeches like that are better suited to the puppet parliaments of the Syrian regime,” he said.

Upper House party colleague Walt Secord, who raised three points of order against Moselmane during his anti-Israel rant in March, said he condemned the comments “without reservation”.

“It is unimaginable that any parliamentarian would describe the supporters of Israel as ‘cancerous’ and ‘malicious’. These comments have no place in any society,” he said.

Rotem said he was saddened by Moselmane’s “ad hominem attack … under the cloak of parliamentary ­privilege”.

“Contrary to the Honourable Member’s assertions I respect the principle of diplomatic non-interference,” he said.

“Despite our differences, I have always afforded the Honourable Member the dignity and respect he deserves. I hope he one day reciprocates.”

Despite repeated attempts by The AJN to contact Moselmane, he did not respond.