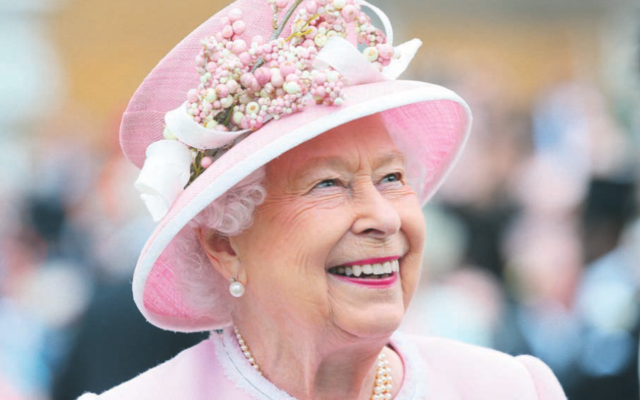 Members of the Jewish community who had the opportunity to meet Queen Elizabeth II have described the late monarch as “gracious, dignified and radiant”, having an “air of calmness” and being “warm, sincere and a great uniter of peoples”.

The Queen passed away last Thursday night, aged 96. During her 70 years on the throne she became a global icon of calmness and fortitude through years of political upheaval and social changes at home and abroad.

Chief Rabbi of the United Hebrew Congregations of the Commonwealth Rabbi Ephraim Mirvis said on Friday her affection for the Jewish people “ran deep, and her respect for our values was palpable”.

“We recall with much appreciation the warm relationship she had with the Jewish community, with a particular commitment to interfaith relations and Holocaust memorial,” he said in a video posted to social media.

Israeli President Isaac Herzog called the Queen’s passing “the end of an era”.

“She lived history, she made history, and with her passing she leaves a magnificent, inspirational legacy,” he said.

Executive Council of Australian Jewry (ECAJ) president Jillian Segal called her passing “sad news for millions of people in Britain, Australia and throughout the Commonwealth, and beyond”.

“Throughout her decades of dedicated service, Queen Elizabeth was a steady and reassuring presence through all the vicissitudes of a rapidly changing world,” Segal said.

“Her calm and dignified manner, and impressive grasp of British and international affairs, made her an influential, albeit unobtrusive, force for stability and humanity.

“She was a friend to the Jewish people and enjoyed the respect and affection of Australians of all backgrounds and all political affiliations.”

Zionist Federation of Australia president Jeremy Leibler said, “Queen Elizabeth’s rule was defined by her humility, strength and profound sense of service. A role model for millions, she has been in the lives of us all for generations.

“From the moment she became monarch, she reached out to Commonwealth Jewish communities, and maintained a warm relationship with them for her entire reign. We extend our deepest condolences to her family. May her memory be a blessing.”

The Australia/Israel & Jewish Affairs Council said in a statement it “mourns the passing of Her Majesty Queen Elizabeth II, Queen of Australia, the United Kingdom, and the Commonwealth for an extraordinary 70 years. Her life story exemplified public service and apolitical national and global leadership, and she leaves behind an unparalleled legacy.”

Throughout her decades as the UK’s head of state, Queen Elizabeth cultivated amicable ties with Jewish communal figures as well as cordial relations with Israeli leaders. But though she paid official visits to dozens of countries throughout her tenure, she never visited the State of Israel. She still enjoyed close ties to and loyalty from British Jews however, and also met with many visiting Israeli dignitaries during her reign.

Her death means King Charles III has now ascended to the throne. He has long had a good relationship with British Jewry and made an official visit to Israel in January 2020 to attend the World Holocaust Forum on the 75th anniversary of the liberation of Auschwitz.

His grandmother, Princess Alice of Battenberg, is buried at the Church of Mary Magdalene on the Mount of Olives in Jerusalem and is recognised by Yad Vashem as a Righteous Among the Nations for helping save a Jewish family in Greece during the Holocaust.

In 2022, Charles commissioned portraits of seven Holocaust survivors to be displayed at Buckingham Palace for International Holocaust Remembrance Day.

ECAJ president Segal said, “We extend our best wishes to King Charles for a long and peaceful reign.”