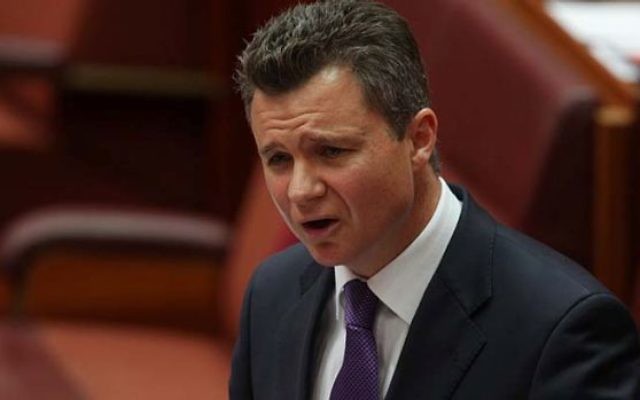 THE Australia Palestine Advocacy Network (APAN) has apologised to federal MP Matt Thistlethwaite after it mistakenly listed him as a signatory on a petition calling for “urgent action to end the ill-treatment of Palestinian children in the Israeli military detention system”.

The petition, signed by a number of federal parliamentarians, claims that “Israel is the only country in the world that automatically prosecutes children in military courts. And only Palestinian children.”

It also states that “up to 700 Palestinian children are arrested each year by the Israeli military, and this number is increasing”, and refers to a UNICEF report that ill-treatment of Palestinian children is “widespread, systematic, and institutionalised throughout the process”.

Speaking to The AJN this week, Thistlethwaite said he never signed the petition.

“My name was added by mistake to the petition. I did not sign the APAN petition,” the Member for Kingsford Smith said.

“Once I was alerted to the fact my name was on the list I called APAN and asked them to remove my name as I did not sign their petition.

“An APAN representative apologised for the mistake and my name was removed.”

Contacted by The AJN, APAN president Bishop George Browning said APAN was “under the mistaken understanding that Mr Thistlethwaite wanted to sign the parliamentary statement … and his name was added”.

“When we were alerted to this misunderstanding, his name was immediately removed and we apologised to him.”

The Executive Council of Australian Jewry (ECAJ), meanwhile, wrote to each of the signatories conveying its “disappointment” that they supported a “thinly-veiled and manipulative attempt to smear the State of Israel”.

“We received four replies almost immediately, including from the Greens leader, Richard Di Natale, who has agreed to meet with us,” ECAJ president Anton Block said.

ECAJ’s letter explained that Israeli military law is applied in the West Bank “as a requirement of international law”, that the crimes found to have been committed by Palestinian minors “are usually violent crimes including murder”, and that UNICEF in its latest report has “commended Israel for implementing legislative and procedural changes to address the issues UNICEF had previously flagged regarding Israel’s treatment of Palestinian minors who are charged with such crimes”.

“We questioned the truthfulness and fairness of the petition in light of these omissions.”