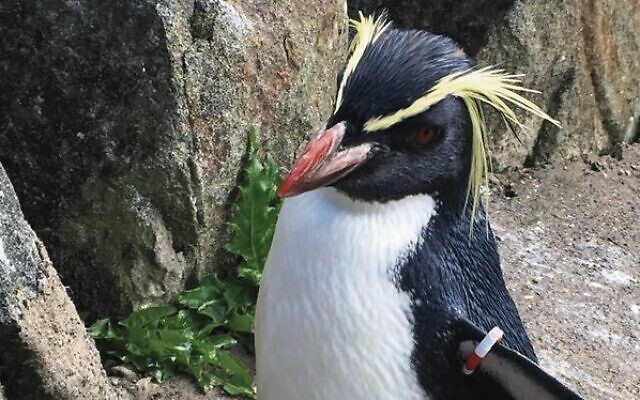 A penguin named after a Jewish character from The Big Bang Theory, who had a “massive personality” and was attached to her offspring, has died in a zoo in Scotland after a fox managed to break into her enclosure.

Mrs Wolowitz, a 35-year-old northern rockhopper, was thought to be the oldest of her kind in the world, having lived double her life expectancy, according to local media.

According to Dawn Nicoll, senior animal keeper at Edinburgh Zoo, Mrs Wolowitz was “the oldest and sassiest penguin in the colony”.

Speaking to Edinburgh News in May, marking Mrs Wolowitz’s 35th birthday, Nicoll said the penguin had only produced one offspring in her lifetime and that the two were inseparable.

According to the report, the penguin Mrs Wolowitz was named after a Jewish character from the successful TV sitcom The Big Bang Theory, Debbie Wolowitz, who has a similar relationship with her son Howard on the show.

The report said Mrs Wolowitz the penguin had become somewhat of a star herself over the years, gaining a fan club among the zoo’s visitors who would look out for her in her favourite sunny spot.

“We all have a soft spot for Mrs Wolowitz. She always gives us a honk when we arrive in the morning and then when we shout ‘goodnight’ at the end of the day,” Nicoll said at the time.