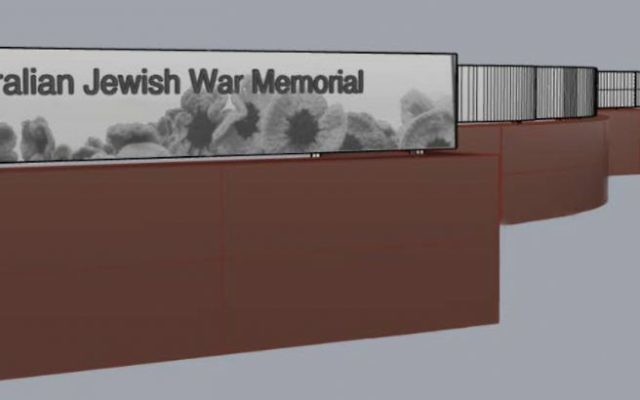 THE dedication ceremony of the new Australian Jewish War Memorial in Canberra will be held on Sunday, August 12 to coincide with the commemoration of the Centenary of General Sir John Monash’s knighthood, the ACT Jewish Community’s secretary Dr Merrilyn Sernack has announced.

The Cenotaph, in the grounds of the National Jewish Memorial Centre in the suburb of Forrest, will incorporate the memorial roll of Australian Jews who died on service with the Australian Defence Force from 1900 to today.

More than 330 names on the roll have been collated with the assistance of the Australian Jewish Historical Society’s Russell Stern, and Peter Allen, national coordinator of the Centenary of Anzac Jewish Program.

The ceremony will include military elements, music by the Sydney Jewish Choral Society, stories of soldiers, and highlight Monash’s decisive victories on the Western Front in 1918 in Hamel and Amiens.

The service will acknowledge those members of the Jewish community who served and, in particular, those who sacrificed their lives in the South African War, WWI, WWII and subsequently for the love of a country that had also given many refuge from persecution.

Government dignitaries, senior representatives of the ADF and Jewish organisations from all states and territories of Australia will be invited to attend, together with Jewish ex-service and currently serving men and women.

Members of the community are invited to review the proposed memorial roll for accuracy by visiting www.actjc.org.au/ajwm-honour-roll.html and can also make a donation. Comments and relevant further information can be sent to act.admin@actjc.org.au during the next two weeks.