Prior to a fourth COVID-19 wave sweeping through Australia, many had declared the pandemic over. The way it was initially dealt with appears to be over, at least, as most government restrictions have been lifted and further lockdowns appear unlikely.

But while many have returned to their normal lives, the repercussions of the pandemic are still being felt, including within the Jewish community.

Victoria had some of the world’s longest lockdowns, making the impact on Melbourne’s Jewish community unique compared with the experience of other Australian Jewish communities.

“There has been a substantial and ongoing increase in requests for support during and since the pandemic – most significantly in the areas of financial distress, mental health (both exacerbation of existing mental health issues, and first-time onset), family violence and housing,” Jewish Care Victoria’s manager of community education and participation Cassandra Barrett told The AJN.

She noted the need for housing support increased after the moratoriums placed on eviction during COVID were lifted, which along with increasing rents and mortgage stress resulting from the cost of living crisis, continues to pose a challenge.

“For some groups the financial distress now is greater than during the acute phase of the pandemic where extraordinary/emergency measures, such as increased social security payments and sickness leave, were put in place by the government; the retraction of such measures has meant a return to poverty for these cohorts,” she said.

Barrett said that who needs support is also changing, with an increase in middle-income families struggling with the cost of living increase, and finding that for the first time they need assistance to make ends meet.

There has also been an increase in family violence. 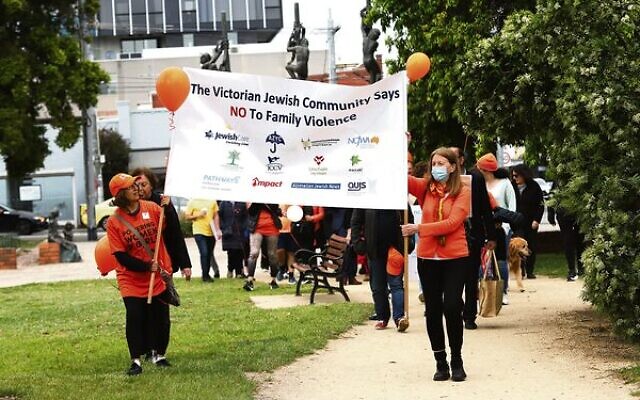 “Rates of family violence rose substantially across Victoria during the pandemic, including within the Victorian Jewish community,” Barrett said.

“We have seen an increase not only in the number of referrals received, but in the level of risk and complexity that is presenting.”

Meanwhile in NSW, “There are residual effects of the pandemic resulting in an increase in the need for mental health support services and programs,” JCA president Ian Sandler told The AJN.

“In addition to supporting programs to assist with mental health first aid and suicide prevention, JCA supports JewishCare [NSW] with an annual allocation,” he said.

“The organisation is also in the process of redesigning a new triage and intake process that will streamline and enhance the delivery of services in the mental health space for the community.”

“The level of social isolation we were forced to follow to stop the spread of the virus also led to an exacerbation of existing mental and emotional challenges. Add to this the disruption of mental health services, and it’s an obvious recipe for a mental health crisis – which is what we’re seeing now,” he said.

“We know our community most needs timely and affordable access to psychiatric and psychological care, which is why we’re now focused on adding these new clinical services. No one should have to wait months to get urgent care – we want to change that.”

While NSW suffered during the pandemic, its healthcare system was considered to fare better than Victoria. With Victoria’s health care system still in crisis, Melburnians have too often witnessed ambulance delays and emergency departments at capacity. 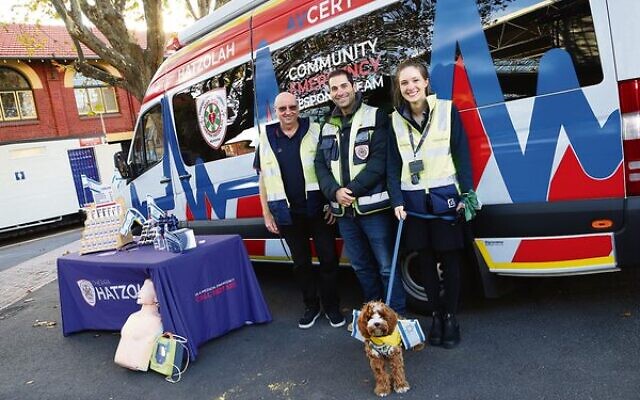 In September 2022, the findings of an independent investigation by Inspector-General for Emergency Management Tony Pearce found at least 33 people died after delays with Victoria’s 000 call-taking system, between December 2020 to May 2022.

Amid these challenges, many in Melbourne’s Jewish community have appreciated the life-saving work of the volunteer-based Hatzolah, which provides first aid before an ambulance arrives. Established in 1994, Hatzolah Melbourne officially became part of Ambulance Victoria as their largest community emergency response team in June 2021.

During these challenging times, many in the community have been heard saying, “What would we do without Hatzolah?”

My mother, Sandra Mittelman, who recently passed away, was one of them. When in October 2021 she went into cardiac arrest, and her family was unable to connect to an ambulance, Hatzolah came within minutes and provided her with life-saving first aid. She credited Hatzolah with saving her life and buying her more time.

Hatzolah Melbourne general manager Leon Landau has been a responder for over 17 years. He told The AJN, “At its peak, annualised call volumes during the pandemic rapidly rose from 1500 per annum to over 3000 per annum … There has been a 140 per cent increase in mental health related cases over the past three years, and a 30 per cent increase in mental health cases since last year.”

Hatzolah Melbourne is urging people not to delay calling them or 000 in a medical emergency, and to also download the Hatzolah/CSG emergency app “JEAP”.

“Attending a cardiac arrest when a patient has been experiencing days of chest pain without medical follow up, or a massive stroke after a patient has experienced a series of unassessed ‘mini strokes’ is heartbreaking,” Landau said.

“Always call for help early, and keep up with your regular medical checkups, tests and medication reviews.” 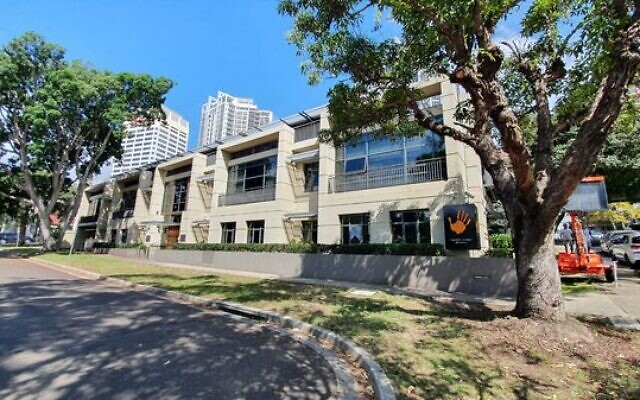 But it is mental health – as previously noted – which has been impacted with significant challenges nationwide.

The World Health Organisation reported the pandemic triggered a 25 per cent increase in the prevalence of anxiety and depression worldwide. Locally, there is also a growing concern for the mental health of young people, especially in Victoria, who were unable to attend school and university for many months during lockdowns.

“Many young people were placed in insecure work which led to financial hardship, on top of the disruption to our studies and social lives,” she said.

“All of this exacerbated mental health concerns for young people who felt isolated socially and lacked career motivation for three years. We are now in a period of adjustment back to ‘regular’ life with so many students who have never been to an in-person lecture and don’t feel sufficiently prepared to enter the workforce.

“The feeling of having missed out on formative experiences on top of the rising cost of living has taken a significant toll on youth mental health and wellbeing.”

School-aged children have also faced their own mental health challenges. Clinical psychologist Lauren Rosenbaum provided insight into the mental health issues she has witnessed as head of psychology and counselling at Melbourne’s Bialik College.

“The pandemic has had a significant impact on the mental health of numerous students, staff and families, exacerbating and/or revealing a range of challenges,” she said.

“Really important traditional learning and social opportunities were missed during lockdowns, with a subsequent increase in difficulties spanning across the social, emotional, behavioural and cognitive domains. Anxiety, mood challenges, school refusal, eating disorders, and social complexities have presented at unprecedented levels at schools and more broadly.”

She noted the school is also experiencing the flow-on effect of the pandemic’s impact on external service providers, who are more commonly at capacity or have extensive waitlists.

On a positive note, Rosenbaum highlighted that mental health and wellbeing have been brought to the forefront, becoming more accessible and less stigmatised post-pandemic.

“As a community rabbi, teacher and social worker, I am on the frontlines, witnessing a youth mental health crisis. I work with parents who are trying to better understand how to deal with their children,” he said.

“The problems their children are facing are complex, often requiring multiple therapists to deal with the unique issues that the children of Gen Z are saddled with … it is no secret that schools are struggling to give students who are experiencing distress appropriate support. School welfare staff are inundated with the scale of the problem, with entire classes being affected by mental health issues and a social media subculture which exacerbates the problem.”

On what can be done to improve mental health, Rabbi Kaltmann said, “While there are some organisations attempting to address mental health in youth there is still a long way to go. At present, there does not appear to be a single hub for our community to access youth-specific mental health resources.

“Highlighting this is not to apportion blame or point fingers, but rather to encourage our community leadership to take this problem seriously and allocate resources.” 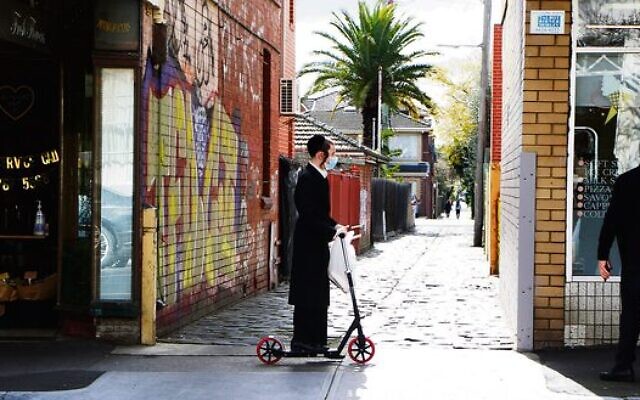 The AJN asked Jewish Care Victoria how it is addressing mental health challenges.

“We provide a whole-of-person response that considers the multiple life domains impacted by serious mental illness. This includes case management, emotional support, employment, housing, connections to community, and links to clinical services including in-patient treatment and alcohol and other drug services,” Barrett said.

“In recognition of the increased impact posed by the pandemic, we have recently undertaken a mental health review process which seeks to further strengthen our mental health service delivery.”

Addressing youth mental health, Barrett said, “Knowing that the building blocks of wellbeing start early, our youth mental health resource takes a preventative approach via education and capacity building. We offer a range of training and workshop opportunities, including the accredited Tuning in to Kids and youth mental health first aid program, to young people and their key influencers – parents, teachers, youth movement leaders) – to support wellbeing and early intervention.

“We know that the experience of mental health issues has a whole-of-life impact, and our response therefore uses a whole-of-life lens that considers and responds to the young person’s broader needs … We use a case management approach that works in collaboration with key supports like families, schools and youth movements, if relevant, as well as connection to other relevant Jewish Care programs, such as youth mentoring.

“We are engaged with a pro bono child and adolescent psychologist and work closely with local youth-specific services such as headspace.”

Overall, there are clearly significant issues which the Jewish and wider communities are grappling with post-pandemic. Finding ways to improve health outcomes, including in mental health, help people overcome financial distress and support survivors of family violence must be at the forefront of community endeavours.

As many people rush to move forward and forget the difficult years of the pandemic, we must remember that not only is the COVID fire not out, many in the community are still feeling its burn.