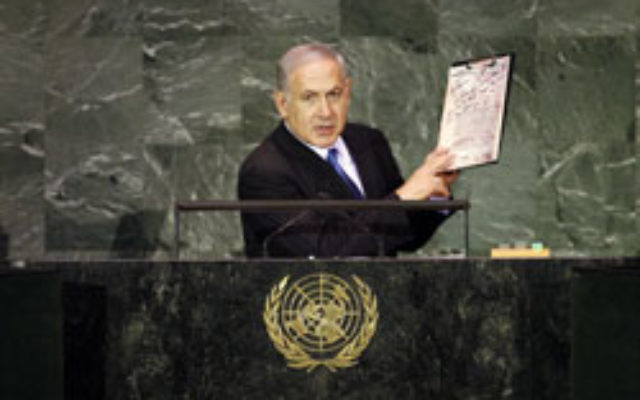 ISRAELI Prime Minister Benjamin Netanyahu thanked the United States for vetoing a United Nations Security Council resolution condemning Israel on settlements.
“Israel deeply appreciates this decision and we remain committed to advancing peace both with our neighbors in the region and with the Palestinians. I believe that the US decision makes it clear that the only way to peace is direct negotiations and not through the actions of international bodies, which are designed to bypass direct negotiations,” Netanyahu said Sunday at the start of the weekly Cabinet meeting.

Following the veto, US consulate personnel in Israel were ordered to avoid travel in the West Bank.

In response to the veto, the Palestinians set Friday as a “Day of Rage.” Fatah official Tawfik Tirawi, the former Palestinian intelligence head, told the Palestinian Ma’an News Agency that the day of rage will protest the American veto. Tirawi told Ma’an that the veto, which he called “blackmail,” exposed the true face of America as well as the extent to which its role in the Middle East peace process harmed Palestinian interests.