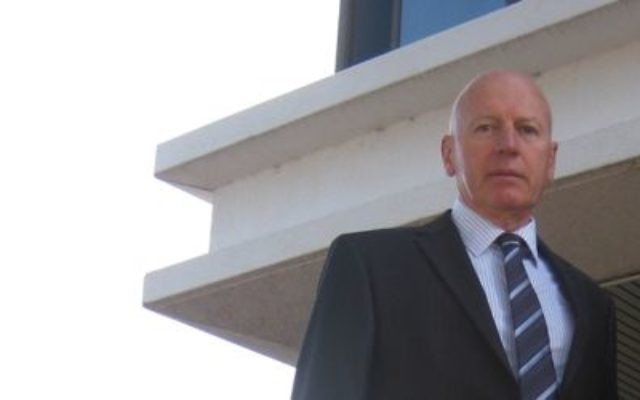 NEWLY elected NSW Government member Chris Hartcher has reiterated his intention to hold Marrickville Council to account over its support of the Boycott, Divestment and Sanctions (BDS) campaign against Israel.

Earlier this month, then shadow minister for inter governmental relations told The AJN he was “putting Marrickville Council on notice”.

“I don’t intend to allow councillors to waste ratepayers’ money on this sort of thing if the NSW Coalition is elected to form government next month,” he said at the time.

When contacted by The AJN this week, Hartcher reiterated that if he is appointed as minister, he “will move quickly on the issue of Marrickville Council”.

Under Section 434 of the Local Government Act, a minister can ask councils to account for particular practices.

Meanwhile, the Senate has passed a resolution denouncing Marrickville Council for adopting the BDS policy.

The Senate motion, which acknowledged “that Israel is a legitimate and democratic state and a good friend of Australia”, passed with the support of Labor and the Coalition.

Senator Fifield said it was important for members of federal Parliament to take a stand against the BDS campaign. “We must send a message in the strongest possible terms to our friends in Israel that Marrickville Council’s extreme view is not supported by the majority of Australians,” he said.

He also had strong words for the federal Greens. “It is extremely disappointing that The Australian Greens refused to denounce their counterparts in Marrickville Council.

“If The Greens want to be taken seriously as a mainstream political force, they cannot turn a blind eye to the actions of their Marrickville Council colleagues.”

In the wake of the Senate resolution, the Executive Council of Australian Jewry said it had written letters of appreciation to Senator Fifield and Labor Senator Joseph Ludwig to thank them and their colleagues for their “principled stand”.

“It was also gratifying that the sentiments behind the Senate resolution seem to have been endorsed convincingly by the people of NSW at the ballot box on Saturday when the NSW Greens, who support the boycott, achieved a far poorer result than the polls had been predicting for many weeks, most notably in the State seat of Marrickville,” executive director Peter Wertheim said.