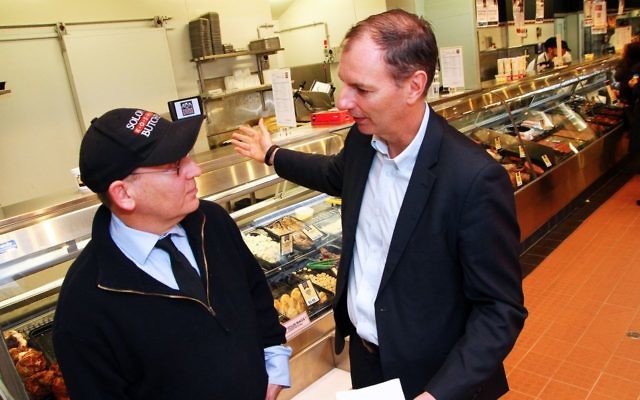 MEMBER for Caulfield David Southwick has launched a petition in support of local businesses who will have to pay penalty rates if they open on next Friday’s Grand Final public holiday.

It comes after the impact the holiday would have on Jewish stores was raised in the Legislative Council last Thursday, by member for the Northern Metropolitan region Craig Ondarchie, who posed a question to Minister for Small Business, Innovation and Trade Philip Dalidakis.

“As the minister will be aware, Friday is the busiest day of trade for the Jewish community in preparation for Shabbat, with shopping precincts such as Carlisle Street in Balaclava at their vibrant best on a Friday afternoon,” Ondarchie said.

“What choice does the minister think Jewish businesses have other than to open and pay the extra costs?”

Dalidakis, who is himself Jewish, said he does not discriminate from one religion to another in his role. “I am sure that any shop owner who happens to be Jewish, Muslim or Christian will make decisions according to their own business practices and not their religious observance,” he asserted.

In a statement issued in response to the furore, Dalidakis condemned Ondarchie’s line of questioning. “I remain upset with this particular question as it singled out businesses run by people in the Jewish community, a community of which I am a proud member.

“Throughout the many questions put to me as Minister for Small Business, I have never been asked a question pertaining to implications of businesses run by Muslims, Buddhists, Christians nor any other members of religious communities. I am very disappointed that in this instance Mr Ondarchie felt it appropriate to single out my religion as a means to attack a Government policy.

“I am the Minister for all small businesses across Victoria and do not discriminate or single any out any business groups based on religion, unlike Mr Ondarchie has done.”

Taking up the cause, Southwick has called for the holiday to be canned and has created a petition highlighting its impact on small businesses.

“Contrary to what the Andrews government says, most Jewish businesses have no choice but to open on Grand Final Eve,” he told The AJN.

“I encourage all the businesses that must stay open to send Daniel Andrews an invoice for the costs of the Grand Final eve public holiday.”

Jewish business owners, meanwhile, expressed their discontent with the holiday.

Co-manager of Kraus Foods, Ronnie Kraus, said that while the financial viability of opening on the day is questionable, “we could never close on a Friday because of our customer base”.

General manager of Solomon Kosher Butcher, Eric Silver, said it would be impractical to close on the Friday, particularly given the two days of yom tov earlier in the week. The business has elected to open, but with the associated penalty rates, it will come at a cost.

“The grand final is not even on that day,” he added. “At least Melbourne Cup Day, it’s on that day, so that sort of makes sense … I don’t understand why they even thought there needed to be a public holiday.”