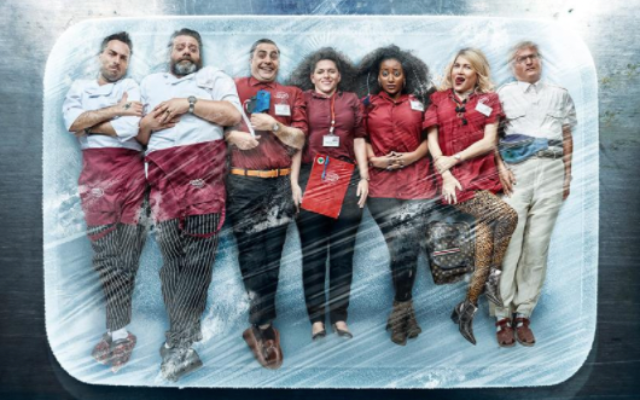 Critically acclaimed ratings hit, Checkout, follows the hilarious antics of customers and staff at a struggling Israeli supermarket. The series quickly developed a cult status with Israeli audiences, with the sitcom’s third season is now airing on Israel’s Public Broadcaster Kan 11. It is fast overtaking well known titles such as Tehran and Valley of Tears as the channel’s most watched TV series of all time. The series was nominated for an International Emmy and won Best Comedy at the Israeli TV Academy Awards.

Checkout follows the seemingly mundane day-to-day lives of supermarket employees and their customers, as things unravel with small dramas and constant clashes in a fictional branch of a supermarket chain. From child tantrums on the floor to rubbish bins emptied into customer handbags, the series highlights the social ineptitudes and trivialities of human behaviour.

Headed by the overly eager general manager, Shira, who is inspired by Steve Jobs, and assisted by Ramzi – for whom no job is too small – the store’s staff is always looking to cut corners while eccentric customers look for more than just to complete their weekly shopping.

The show, which appeals to a wide cross-section of ages, is sure to be a hit as every tourist who walks into an Israeli supermarket can empathise with the situations that unfold.

From November 18, Checkout will be screened exclusively on ChaiFlicks, with English subtitles. For more: chaiflicks.com