RABBI Elisha Greenbaum will take the reins as the new principal of Yeshivah-Beth Rivkah (YBR) Colleges from October 1.

The Moorabbin Hebrew Congregation rabbi is no stranger to YBR, having been joint interim principal with Barbara Belfer in 2019. YBR has not had a permanent principal since the departure of Dr Shimon Waronker, who was stranded in the US by COVID restrictions early this year.

A statement from the YBR board said that during Rabbi Greenbaum’s interim role “he became known for the devotion he exhibited towards the smooth running and ongoing success of Yeshivah-Beth Rivkah”. 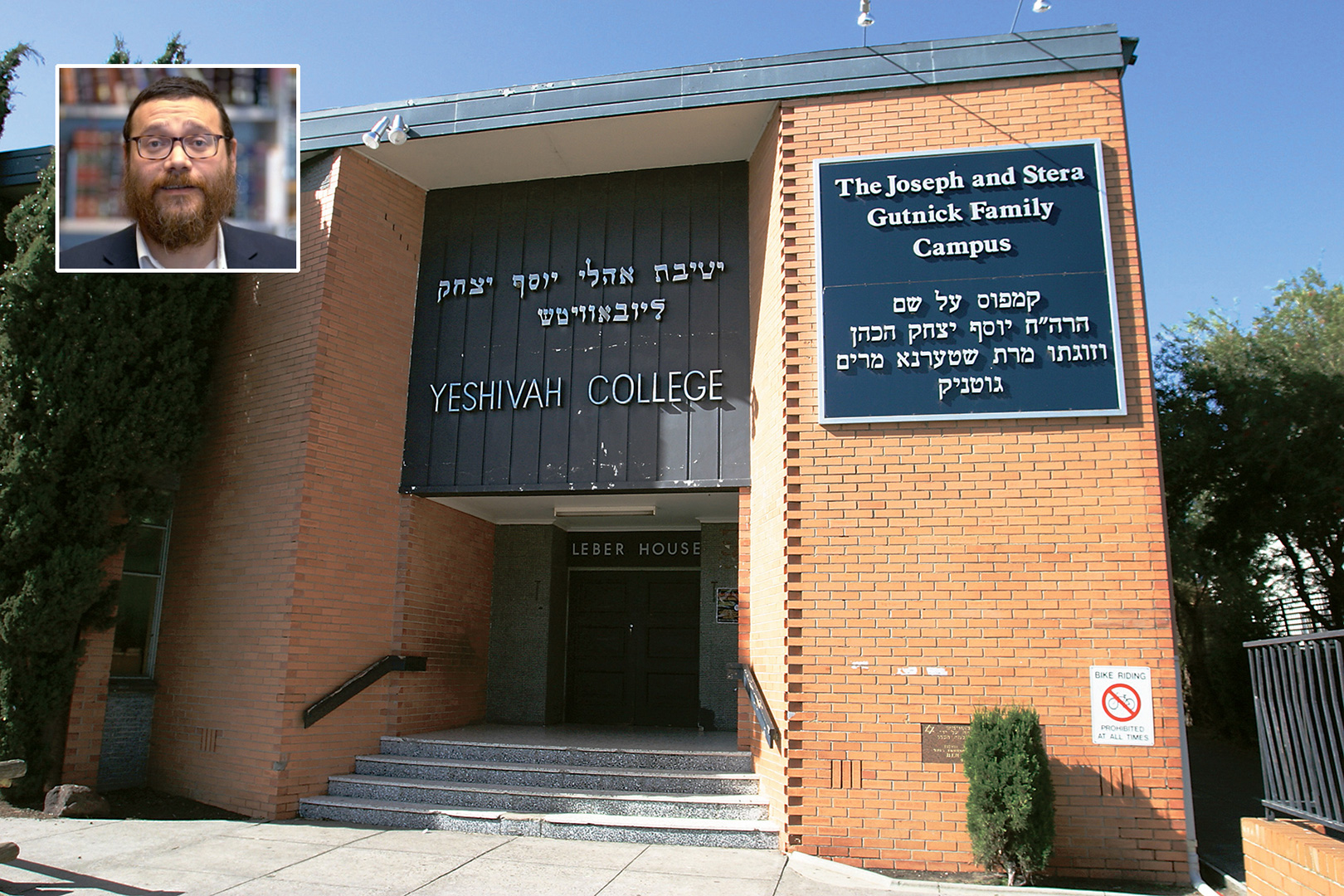 “Rabbi Greenbaum built strong relationships and gained the respect of those who worked with him and, together with Mrs Belfer, made a number of valuable staff appointments and introduced many positive developments,” the board stated.

Leading Moorabbin Shule for the past 21 years, Rabbi Greenbaum is also co-director of L’Chaim Chabad-Kingston.

The YBR board stated, “In these roles, he has … introduced many families to the school community. He is a community mohel, a renowned orator, a widely published author and a skilled counsellor. He is widely respected in his ability to connect with people.”

Rabbi Greenbaum is a graduate of Yeshivah College and he and his wife Leah are educating their children in YBR’s schools.

Noting that Rabbi Greenbaum has family members teaching in YBR’s schools and serving in community leadership positions, the board observed, “This can be perceived as a potential for conflicts of interest. Professional advice has been sought from external experts to develop processes to mitigate any real or perceived risk.”

In a video message on his appointment, the rabbi stated, “I always loved the school. I attended from kindergarten all the way to VCE. My family have taught here for a long time. My grandfather was one of the founding teachers of Yeshivah.”

On his time as co-interim principal, he said, “I believe I really grew in that role … and it gives me the confidence now that the opportunity has come up to become the permanent principal.”

The board thanked Belfer “for her extraordinary efforts over the past months as interim principal”.