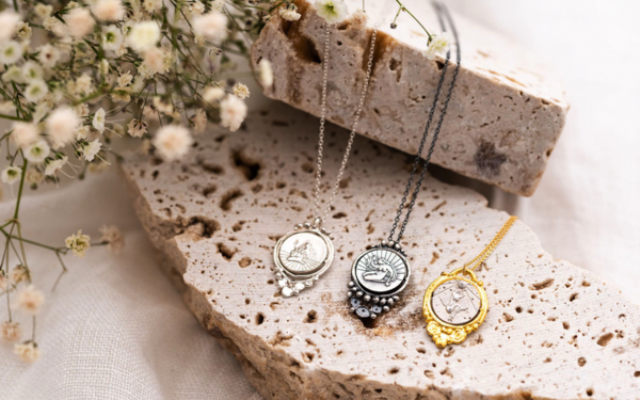 Romy Mittelman never thought she would be a jewellery designer. In fact, she was on track to becoming an opera singer.

“In my early 20s I travelled to Italy to study opera,” she explained.

“In Rome I lost my voice but found jewellery after enrolling in a course in gold and silver smithing in 2003. I was hooked.”

When she returned home to Melbourne, she continued her studies, fine-tuning her skills and now juggles teaching the next generation of jewellers with developing her own jewellery lines.

“I was fortunate enough to go straight into selling work at one of Australia’s well renowned jewellery galleries, e.g.etal and later Studio Ingot,” Mittelman said.

Most recently, Mittelman has collaborated with Jennifer Hooper. They met each other through their children, who are in the same classes at Sholem Aleichem College.

“Jen and I developed a great connection and being two creative souls, we began to collaborate and develop a jewellery concept that was built over some three years,” Mittelman explained.

“This range featured Jen’s illustrations and together we created ‘New Religion’.” 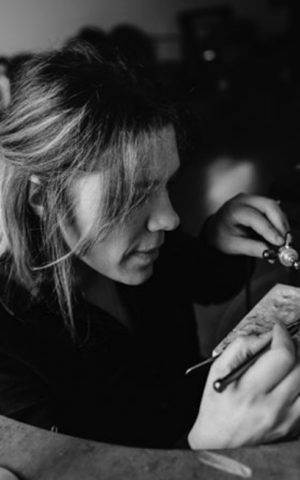 For Mittelman, the range has struck a chord more than any other she has produced, resonating and connecting with people, especially throughout the pandemic.

“The concept was created not in some ancient temple or soaring mountain peak but at my kitchen table surrounded by mounting dishes and children constantly interrupting with their screams and demands for snacks,” Mittelman said.

“I love ancient talismans depicting many gods who inspire worship for guidance and strength. I wanted to capture this spirit but for the modern-day woman,” she continued, explaining that Hooper had the same fascination.

While Mittelman admits that the mythology may seem at odds with her Jewishness, she believes it is connected, drawing on the ancient wisdom and history, and the connection of women through the ages.

Working in jewellery itself is also a connection to her Judaism.