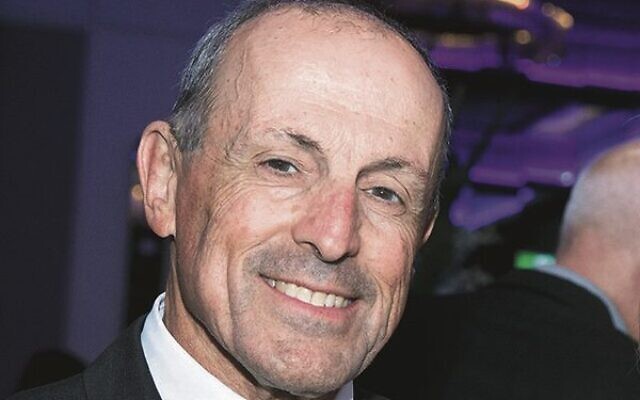 FORMER NSW Jewish Board of Deputies (JBOD) CEO Vic Alhadeff is back in the public spotlight after being announced this week as the newest board member of SBS.

Alhadeff, who led JBOD for 16 years before stepping down earlier this year, said he was “deeply honoured” to have been appointed to the public broadcaster’s board, noting, “SBS plays a vital role in fostering understanding and appreciation of diversity in Australia. Its ethos accords precisely with my own, as I have dedicated my career to building a more resilient, respectful and inclusive society.

“I am delighted to have the opportunity to work alongside the SBS board and executive to advance the organisation’s mission,” he added.

Welcoming Alhadeff and announcing Christine Zeitz as deputy chair, Communications Minister Paul Fletcher said both members “bring a wealth of knowledge and expertise to the board that will enable them to understand the needs and interests of SBS’s diverse audience”.

“I congratulate Mr Alhadeff and Ms Zeitz on their appointments and look forward to seeing the valuable contribution they will make to the SBS board,” Fletcher said. “They will strengthen the already diverse skills available to SBS’s leadership team, including in areas such as the Asia Pacific and multicultural affairs.”

Alhadeff, who remains with JBOD as a part-time consultant and is also advising the Executive Council of Australian Jewry, led a three-year campaign which achieved legislative reform, resulting in the passing of s93Z of the NSW Crimes Act, outlawing incitement to violence on the basis of race, religion, gender or sexual identity.

JBOD president Lesli Berger told The AJN he was “absolutely thrilled” for Alhadeff.

“It’s an incredibly well-deserved appointment, given his background in the media, the extraordinary work he did on behalf of our community, and always taking up significant multicultural causes,” Berger said.

“I just can’t think of a role that is better suited to his skills, his work experience, and his temperament. And I know that you know he’s going to do a wonderful job in this role, and it’s obviously a credit to him, and it’s a credit to our community. And we wish him the best of luck in this new position.”

Alhadeff has been appointed for five years starting immediately.