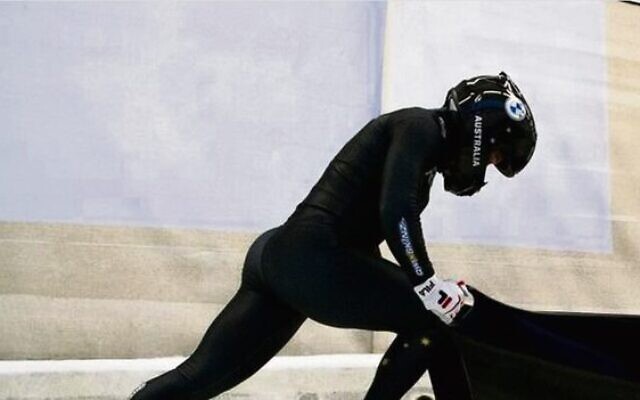 Ashleigh Werner in action in a monobob race in Latvia on January 2, 2022.

PBs for Werner in Latvia

SYDNEY’S Ashleigh Werner posted her best results so far in the 8-round World Cup Series – the qualifier for next month’s Winter Olympics – in round 6 on January 2 in Sigulda, Latvia.

The 29-year-old bobsleigh pilot posted a PB with teammate Toomey Tia-Clair to come 12th of 18 teams in the two-woman race, and she also posted a PB in the monobob race, coming 6th of 15.

Werner did not race in round 7 of the World Cup series in Austria, but competed in a Europa Cup round instead, where she found the podium, winning silver and bronze in a monobob double-header, before finishing fourth with brakewoman Tia-Clair Toomey-Orr in the two-woman bobsleigh.

One round of the World Cup series remains, this weekend, in Switzerland. 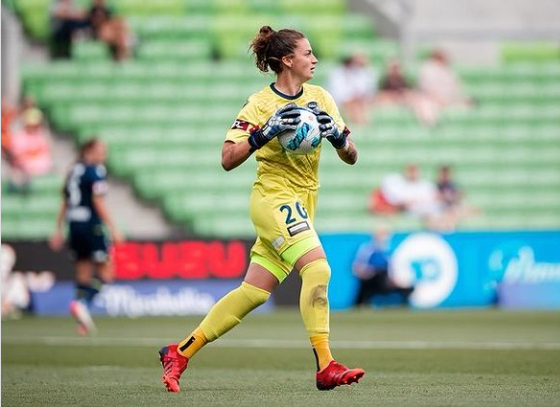 PERSISTENCE has paid off for Jewish goalkeeper Melissa Maizels, who earned her A-League Women debut for the Melbourne Victory – and her first start since 2019 – in a 2-4 loss to the Brisbane Roar at AAMI Park on January 2.

All of Brisbane’s goals were scored in the second half, when the Victory had a player red-carded.

Maizels, 28, noted that “while it wasn’t the perfect result, I couldn’t be more grateful for the girls I took the pitch with”.

The Victory’s next fixture is this Sunday, January 16, when they travel to Western Sydney.

SYDNEY’S Roy Vandersluis – a veteran of 12 Maccabiah Games who is now in his 70s – is the deserving winner of the year-long 2021 Maccabi Cup.

The results were confirmed earlier this month.

Perth’s Biff Brody had topped the leaderboard until early November, when Vandersluis established, and then kept, a slim lead for the last few weeks of the competition, which is calculated on scores for rounds played.

Roger Velik (Victoria) was the men’s B grade winner, and C grade was won by Morris Wagenheim (NSW).

Meanwhile in professional golf, Jewish American Daniel Berger began 2022 in style by coming equal 5th in the prestigious Tournament of Champions in Hawaii on January 10.

And Sydney’s Jeremy Fuchs is playing in this week’s 2022 Australian PGA Championship in Brisbane, which concludes on January 16.