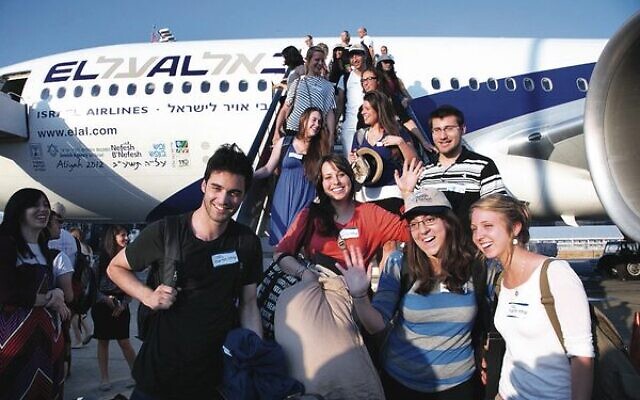 AS Australians prepare to take to the skies next week after almost 20 months stuck on home soil, Jewish Aussies are eagerly eyeing up the possibility of travelling to Israel to visit family and friends, soak up the spirituality of the Kotel, fress on a falafel in Tel Aviv, climb Masada or float in the Dead Sea.

As of next Monday, fully vaccinated Australians will be able to jet off overseas, required only to do a PCR test within 72 hours of departure and within 24 hours of returning to these shores, isolating at home until a negative test result has been confirmed. Vaccine passports based on QR codes will be available through Medicare accounts on the myGov platform or the Medicare Express app.

If you’re not fully vaccinated however, you’ll still be enduring two weeks in hotel quarantine. Those who cannot be vaccinated, including children and those with medical exemptions, will be treated as vaccinated for the purposes of their travel.

So where does that leave us with Israel?

While full details have not yet been released, it has been reported that the Jewish State will also open up to international travellers from Monday, but not for all-comers. Visitors must be fully vaccinated which means that youngsters under the age of 12, who cannot yet have the jab, will not be able to enter the country. However, according to Miriam Rosenman from Rose Bay Travel in Sydney, if both parents hold Israeli passports then their children should be able to enter Israel unvaccinated.

She told The AJN that travellers must also have had their second vaccine shot or the booster shot within six months prior to take-off.

The booster is expected to be made available to Australians from next month.

Travellers, including children, who have recovered from COVID within six months prior to travel will also be granted entry.

Quarantine requirements in Israel will mirror those in Melbourne and Sydney. However, if you are not vaccinated, your two-week quarantine period can be shortened to seven days with two negative tests, on days one and seven.

Earlier this month, the Israeli Embassy told The AJN that while they are “delighted to hear that due to the high vaccination rates in Australia, the Australian borders will be reopening in November for Australians,” they are awaiting further details as to how many foreigners Israel will be accepting, which they are expecting this week.

In an AJN Instagram poll last weekend, 68 per cent of participants said they were planning a trip to Israel, a result that didn’t surprise the owner of Melbourne’s FBI Travel, which specialises in Holy Land holidays and missions.

Mark Chaskiel said he and his team have been busy booking trips.

Asked whether community members should book now or wait until details were locked in, he cautioned if you decide to put it off you might lose the options you currently have but if you wait you could alternatively gain more freedoms.

“We can’t tell you what the right thing to do is at the moment,” he admitted, “it’s all a calculated risk.”

His advice to clients and those wanting to travel is “keep it simple,” and be sure to make all arrangements with a travel agent, as rules and requirements are constantly shifting. “Your next trip is not going to be like your last trip,” he noted.

While FBI has had smaller clusters of travellers, who gained exemptions, jet off to Israel throughout the year, he said the next groups are set to take off in January and February.

Among the organisations excited to send missions and program participants to the country are the Zionist Federation of Australia (ZFA), the United Israel Appeal (UIA), the Jewish National Fund (JNF) and Youth2Israel (Y2i).

The ZFA, which coordinates both Masa Israel Journey and Taglit-Birthright trips, has been lucky enough to continue some programs during the pandemic, sending over travellers for long term visits thanks to specially granted exemptions.

With the deadline for applications for the ZFA’s new Israel Go initiative closing earlier this month, Israel Programs director Sarit Braver noted, “We can confidently say this initiative has been a success and has increased interest in gap year programs to Israel by giving people the means to go, especially families who have been hard hit with COVID.”

UIA federal CEO Yair Miller said he is excited to be able to give the community the opportunity to go to Israel again, announcing a Yom Ha’atzmaut mission between May 3-12 and an October mission from October 25-November 2.

Dan Springer, CEO of JNF Australia, also recently confirmed that its first mission in 2022 will be the JNF Educators Study Tour from January 4-13, with family, cultural and walking tours being planned for later in the year.