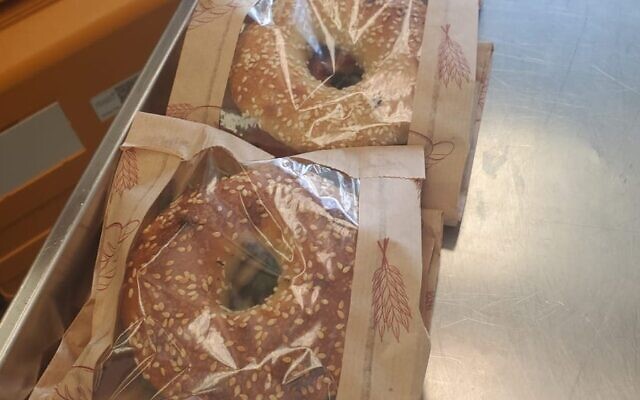 The bagels are being baked in a space provided by Qatar Airways. Photo: supplied Rabbi Marc Schneier

Qatar may have caused an uproar by banning alcohol at the World Cup soccer tournament in Doha this month, but for religious Jewish fans, some kosher offerings will be available, thanks to two rabbis.

Rabbi Marc Schneier, from New York, and Rabbi Mendy Chitrik, the Hasidic Chabad-Lubavitch movement’s emissary to Istanbul, worked with Qatari officials to create a kosher catering program to provide for observant Jews who may attend the games. And despite a report that has echoed around the world claiming that Qatar banned the production of kosher food after promising it would be made available, the rabbis say all is still going as planned.

It won’t involve five-course meals or fine dining, but the duo arranged for kosher bagels to be baked in a catering space provided by Qatar Airways and delivered to those who need them during the World Cup.

“We decided to go with the theme of bagels, because while they are not well known here in Qatar, they are very well known in the US and ethnically identified with Jews,” Schneier told the Jewish Telegraphic Agency.

“They’re probably the first kosher bagels being produced and baked here in Qatar.”

The kitchen is under the supervision of Chitrik, who manages kosher certification operations in Turkey — one of the world’s largest food producers — on behalf of the Orthodox Union, the Israeli Rabbinate and the Turkish Rabbinate. He has also helped facilitate kosher operations elsewhere in the Middle East, such as the United Arab Emirates. Chitrik’s son Eli, also a rabbi, will stay in Qatar for the duration of the tournament to supervise the facility.

Neither rabbi said they know how much demand there will actually be for kosher food.

“It was really, you know, taking a leap of faith,” said Schneier, rabbi at the Hampton Synagogue on Long Island in New York. “I don’t know if one person needs a kosher meal or if 100 people will need a kosher meal.”

Chitrik, who has been involved in similar projects in the Gulf region in the past, told JTA that he received many phone calls asking if there would be kosher food available.

“From phone calls to actuality, you don’t know what will be, but there were a lot of requests,” he said. “As rabbis in the region, we felt it was our responsibility to respond to those requests and make sure that people have what to eat if they are coming to the games. Some people are staying for a month.”

The kitchen will be operational for the full 30 days of the World Cup tournament. Both rabbis said that if they see high demand, they hope to increase the offerings beyond just bagels. 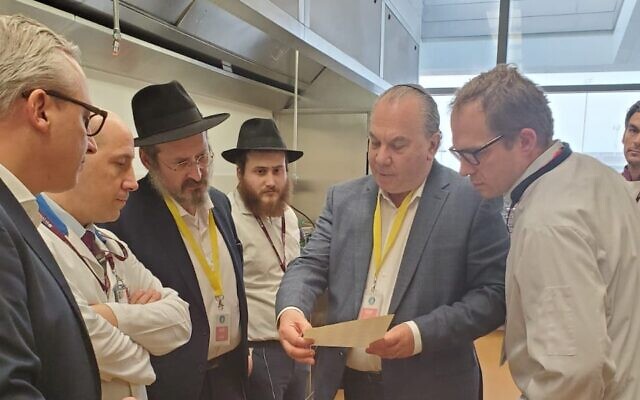 The Jerusalem Post reported that Qatar has banned cooked kosher food at the World Cup, and World Jewish Congress President Ronald Lauder released a statement saying he was “outraged.” Both Chitrik and Schneier denied that claim.

Schneier believes that the project has value beyond just filling empty stomachs — the bagels could be a step towards normalising Jewish life in Qatar, which is currently nonexistent.

Both Chitrik and Schneier work in the realm of building Jewish-Islamic relations. Schneier is the president and founder of the Foundation for Ethnic Understanding, a nonprofit devoted to improving Jewish-Muslim relations, while Chitrik leads the Alliance of Rabbis in Islamic States.

Currently, Qatar has no relations with Israel, and its state broadcaster, Al Jazeera, which is often accused of serving Qatari foreign policy, has long taken a hard line against the Jewish state.

Nonetheless, Schneier worked with his Qatari contacts to help bring the first direct flights from Israel to the gulf nation so that Israeli soccer fans could watch the games, unhindered by regional politics. Despite the lack of formal relations, the Israeli foreign ministry negotiated the establishment of a temporary diplomatic mission and consular office to serve their citizens for the duration of the games.

“The leadership of the State of Qatar is performing a ‘mitzvah’ by making kosher food available for members of the worldwide Jewish community, including those traveling from Israel,” Schneier said in a statement. “Furthermore, the Qataris have stood by and followed through on every commitment that was made to welcome Jewish fans to this prestigious event.”

The World Cup isn’t Schneier’s first foray into getting kosher food into sporting events. In the 1990s, when he served as president of New York’s Board of Rabbis, he was involved in the initiative to establish a kosher food stand at Yankee stadium. Since then, kosher food options have become available at many stadiums around the United States.