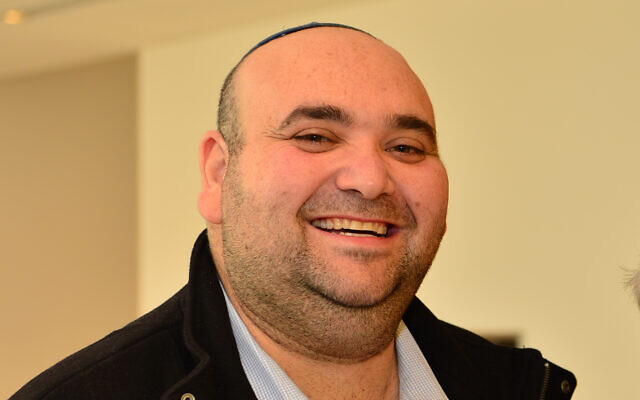 THE 2021 B’nai B’rith and JNF Youth & Young Adult Changemaker Awards will kick off this year with a new award in honour of Joshua Levi, the late CEO of The Australian Jewish News.

Nominations for this year’s awards opened on Monday, August 2. It is the eighth year of awards, which are aimed at recognising and celebrating the community’s young activists and encouraging the next generation of leaders to continue their advocacy and entrepreneurship.

The Joshua Levi Young Professional Award acknowledges those in paid positions aged 18-36 who are passionate about and committed to their chosen field.

Levi’s parents, Ann and Ian, said they are delighted to be supporting the acknowledgement of a young person making a positive impact through leadership and service to the Jewish and broader Australian communities.

“As a gesture of encouragement and support, we are very pleased to provide funding of $5000 to the winner of the Joshua Levi Young Professional Award, to be spent on enhancing their personal, professional or communal goals in a meaningful way,” they said.

Current CEO David Redman expressed The AJN‘s honour in continuing its partnership with the program, and the opportunity to continue Levi’s legacy of storytelling and community activism.

“To be able to recognise and promote those seeking to make a positive impact in an increasingly complicated world is something we look to continue and build upon,” he said.

This year, the Changemakers will be launching an exclusive Facebook group for nominees and winners, creating a space for networking, partnerships and support.

Ernie Friedlander OAM, president of the B’nai B’rith Alfred Dreyfus Unit and founder of the awards, said, “In the current turbulent time … it is most important to acknowledge and appreciate the positives and thereby deal with the negatives through a better perspective.”

JNF Australia’s project coordinator Etty Ayalon said she is thrilled to see the awards grow stronger nationally with increased nominations from Victoria and Western Australia, saying that the awards are “how we nurture a strong nationwide network of future leaders”.

To nominate a Changemaker: jewishnews.net.au/changemakers.