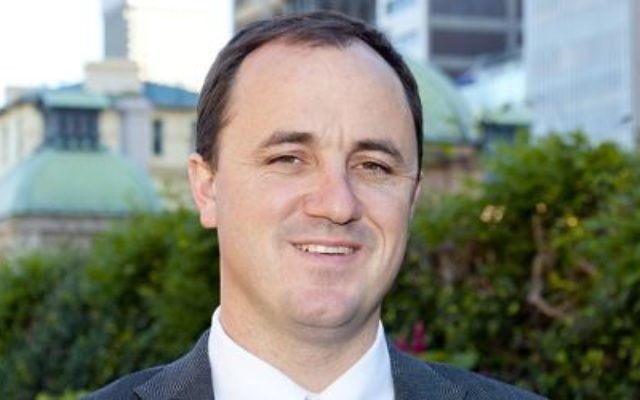 THE only New South Wales  Green to join the Israel Parliamentary Friendship Group made headlines last week after he spoke out against the Boycotts, Divestment and Sanctions (BDS) demonstrations at Max Brenner chocolate stores.

A statement by NSW Greens MP Jeremy Buckingham (pictured) prompted speculation of a new split in the NSW Greens, which is reviewing its support for BDS.

Buckingham also revealed he had joined the Israel Parliamentary Friendship Group in the NSW Parliament, as well as its Palestinian opposite.

“Australia should support the recognition of a Palestinian state at the United Nations,” he told The AJN. “Australians should also put pressure on Israel to withdraw the settlements from the occupied territories and dismantle the separation wall.

“The long-term future of Israel depends on it making a just peace with a viable Palestinian state, and its Arab neighbours, and not the continuing use of military force to repress Palestinians.

“I am concerned that the tone and the public perception of the Max Brenner protests may be counter-productive to the cause of peace and human rights in the Middle East,” he said.

Buckingham also praised peacebuilding measures, such as a recent Leichhardt Council project, which has brought together supporters of Israel and the Palestinians in the Leichhardt community to support Comet-ME, a renewable energy joint initiative in Hebron.

“Australians, including Jewish Australians, have an obligation to be critical of Israel, as well as Palestinians, when human rights are abused and violence perpetrated.”