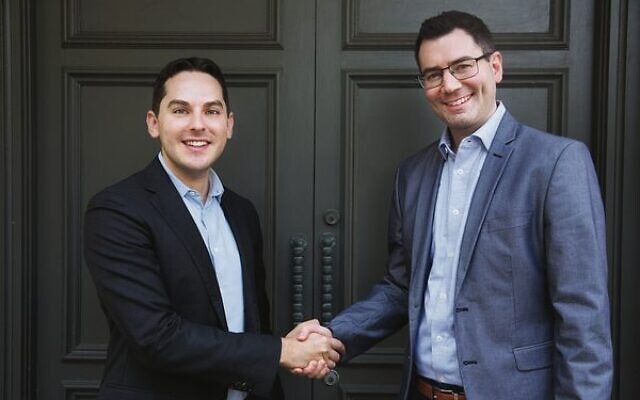 DAVID Ossip was elected as the president of the NSW Jewish Board of Deputies at its annual general meeting on Tuesday night and will succeed Lesli Berger, who has served his four-year term.

Ossip is one of the youngest presidents in the board’s 77-year history, but he is no stranger to both communal and public life. The 30-year-old has served as the organisation’s vice-president since 2018 and is a member of the committee of management of the Executive Council of Australian Jewry, as well as a director of the Council for Jewish Community Security. He also previously chaired the board’s public affairs committee.

In 2012 Ossip was elected to Ku-Ring-Gai Council at the age of 20 and served as deputy mayor from 2015-2017. At the time of his election he was one of the youngest elected officials in the country.

“I am incredibly proud and honoured to be elected to such an important role in our community,” Ossip said.

“I acknowledge the outstanding work of my predecessors in leading the NSW Jewish community and ensuring it is the vibrant, safe and strong community that it is today. In particular I pay tribute to Lesli Berger, who led our community through unprecedented challenges over the last few years.

“I have big shoes to fill and I look forward to working with our talented team of directors and staff, as well as our constituent organisations, associates and other stakeholders in government and the wider community to advance the interests of our community.”

Berger welcomed Ossip into the role, saying, “It has been a pleasure working alongside David over the years. He is a dedicated and talented leader and I am confident he will do a terrific job as president. I wish him all the very best.”

Yair Miller, immediate past president of the NSW JBD said, “I’ve worked with David for more than a decade. He brings a significant intellect and deep passion for the community to the role and I’m confident that he will be a wonderful leader of our community.”

JBD CEO Darren Bark added, “I welcome David’s election and can’t wait to continue delivering outcomes for our constituents and our community under his capable leadership. I also thank Lesli for his leadership over the past four years – he is leaving the board in a very strong position.”

Berger reflected on his “incredible journey” as president.

“I am incredibly proud of the work of the NSW JBD. The NSW JBD is in great hands with strong leadership and this organisation will forever hold a place in my heart.”

Ossip is currently a senior executive at a multinational software company. Previously, he worked in funds management and as a solicitor.