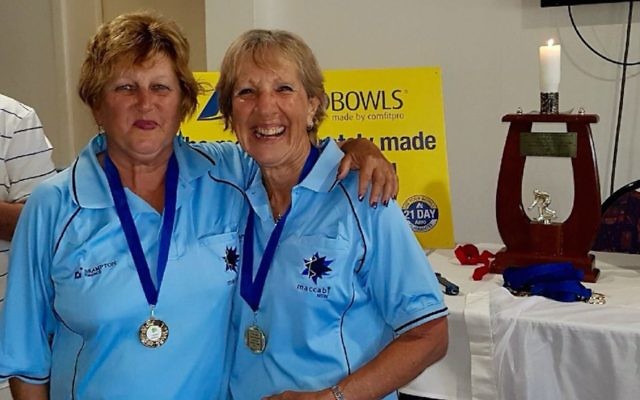 MORE than 75 Jewish lawn bowlers from five states competed at the 2017 Maccabi Carnival at Mermaid Waters Bowling Club in the Gold Coast from August 20-25.

The NSW team dominated, winning gold in all six categories plus one silver, while Victoria and Western Australia won two silvers each, and South Australia one silver.

Brem had only played lawn bowls for five months and was named the most improved player of the carnival.

She was given sound guidance by her more experienced partner.

Together they won their final against Victoria’s Michael and Miriam Lasky 19-10.