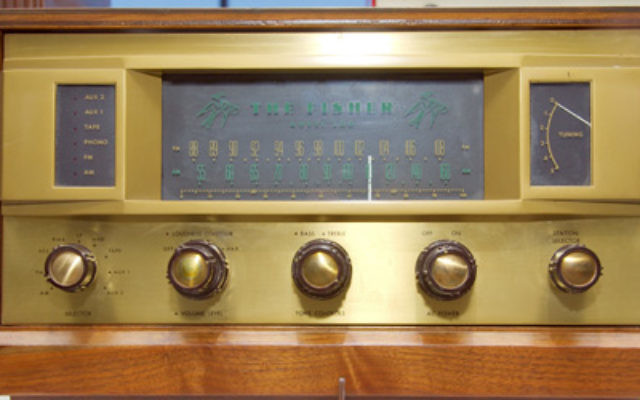 THE president and secretary have threatened to resign; allegations abound of serious mismanagement and possible breaches of corporate regulations; there’s a proposal to have it placed in voluntary administration; attempts to grant membership to the presidents of the Executive Council of Australian Jewry (ECAJ) and the Jewish Community Council of Victoria (JCCV) have been scuppered; and calls for an urgent independent review into the way it’s being run appear to have fallen on deaf ears.

All is, clearly, not well at Melbourne Jewish Radio-Lion FM (MJR), where an executive meeting last week reportedly descended into a screaming match.

The bitter rows that have engulfed the board erupted following a forum last month, where interested parties voiced their concerns over the station management’s refusal to allow presenters to broadcast a diverse range of views on Israel and other issues of Jewish interest.

The meeting was attended by MJR president John Kraus, despite the executive apparently passing a resolution banning him and other members from turning up.

Kraus subsequently presented a letter to last week’s executive meeting, detailing the concerns, as well as fears that the station was in breach of Australian Communication and Media Authority (ACMA) regulations.

He also submitted Lion FM membership applications for ECAJ president Dr Danny Lamm, JCCV president John Searle and Zionist Council of Victoria president Sam Tatarka. The executive, however, passed a resolution to defer membership deliberations – “a disgusting and disgraceful state of events”, according to Kraus, particularly given that Searle and Tatarka were present.

But that’s just the start.

Both Kraus and Searle have expressed “serious concerns” over the station’s management, citing “governance and compliance issues”, which they feel certain members of the executive are unwilling to address.

For his part, Searle has called for an independent expert to review and audit Lion’s operation – a proposal endorsed by Kraus – but which most executive members, according to Searle, have failed to respond to.

“I am very concerned and very distressed because a lot of hard work went into getting the licence,” said Searle. “It could be a wonderful asset but I can see it being lost.”

Kraus, meanwhile, claims the intransigence of certain executive members, believed to include vice-president Menachem Khoen, is making his position “untenable”, insisting either they go or he goes.

Kraus has been in the post less than five months, following the resignation of previous president Michael Lipshutz, who also apparently quit over differences with the board.

Station secretary Stephen Fennel has also voiced a desire to step down.

“I have been very careful to ensure that not only did MJR comply with its constitution, but also that it fully complied with all the legal requirements and in particular that it strictly complied  with the community broadcasting licence issued by ACMA,” said Kraus.

“Unfortunately, over the last few months, it has become patently obvious that some members of my executive had their own conflicting agenda and due to the fact that they were unwilling to abide by the principles of the MJR constitution and mission statement, considerable friction on the executive has resulted.”

Kraus has now called for a special general meeting later this month to discuss placing the licence in the care of the JCCV and placing the station in voluntary administration.

Claiming “the situation has now become intolerable”, he added, “I fear that MJR will lose its licence unless this issue is resolved and communal pressure is put on the individuals currently involved with their own agenda.”

However, hitting back at what he called “rumour, gossip and innuendo”, Khoen said, “You don’t want to believe everything you’re told or hear.”

He added, “Lion FM was set up by decent and committed members of the community to fill a gap in the community’s voice.

“The station was established, and was and is operated, according to the legal requirements of ACMA and the Victorian Associations Incorporations Act, and I reject any suggestion to the contrary,” he continued. “I do not understand the motivation of those persons who say to the contrary or want to see the station function in a way that is totally contrary to its original charter.

“The committee and the original group believe the original dream is still valid today and it will be delivered to the benefit of our community. Why didn’t those people set up a community radio station, and if they want one now, why don’t they apply to set up their own station?”