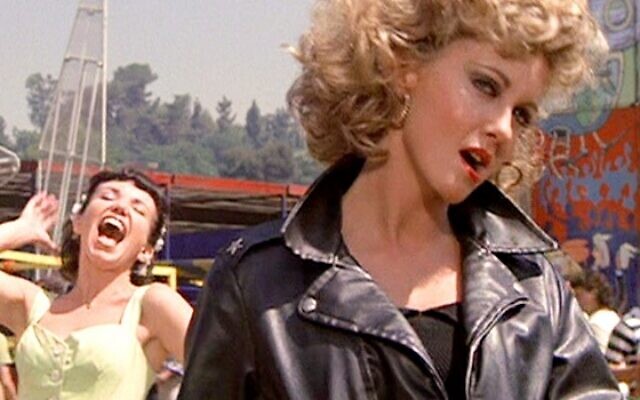 In a statement posted to social media, Newton-John’s husband, John Easterling, says she “passed away peacefully at her Ranch in Southern California this morning, surrounded by family and friends.”

Newton-John, who was born in Cambridge, England, was the granddaughter of the Nobel Prize-winning German-Jewish physicist Max Born, who fled to the UK during Nazism’s rise in Germany.

In her memoir, Newton-John shared her grandfather’s story, writing, “In 1933, my Jewish grandfather fled from Germany with his wife, Hedwig, to escape Hitler’s regime. He was not only a brilliant mind but also a humanitarian who helped Jews escape Germany. I’m extremely proud of my peace-loving grandfather.” The grandfather was Nobel Prize-winning physicist Max Born, one of the founders of quantum mechanics and a longtime friend of Albert Einstein.

Her maternal great-grandfather was the German-Jewish jurist Victor Ehrenberg, and her father was a British intelligence officer with MI5 on the enigma project at Bletchley Park. He took Deputy Führer Rudolf Hess into custody during World War II.

Best known around the world for her role in the hit musical Grease and for her solo music career, the 73-year-old was diagnosed with breast cancer over 30 years ago.

In 2017, she revealed that she was undergoing treatment for breast cancer. It had metastasised to the base of her spine, and was her third diagnosis of cancer, following bouts of cancer in 1992 and in 2013, which was found in her shoulder following a car accident. Her 2013 diagnosis was largely kept under wraps, telling Seven’s Sunday Night, “I thought, ‘I don’t really need to share this… It’s my life.”

Newton-John used her own experience to launch the Olivia Newton-John Cancer and Wellness Centre in Melbourne and raise hundreds of millions of dollars in the fight against the disease. She chose to remain optimistic throughout her cancer diagnosis and treatment, explaining many times that she preferred the term “cancer thriver” rather than “cancer survivor”.

“Survivor’ sounds like someone clinging onto a lifeboat,” she said. “A thriver’s someone who’s already off the boat and on land.”

Local and international celebrities and politicians have flooded the media with tributes to the icon.

Since I was ten years old, I have loved and looked up to Olivia Newton John. And, I always will. (Just like this picture @nfsaonline) She was, and always will be, an inspiration to me in so many, many ways. My deepest condolences to her family and loved ones. x ONJ4EVER pic.twitter.com/3nE8PVDFLy

“Olivia has been a symbol of triumphs and hope for over 30 years sharing her journey with breast cancer,” her husband wrote in his statement.

The whole world will feel this heartbreak today because the entire world felt Olivia’s unmatched light. A force for good. A force of nature. Strong and kind. My mentor, my friend, my inspiration, someone who always guided me… always there. Family to me…. I love you forever❤️ pic.twitter.com/1P33J0NfB9