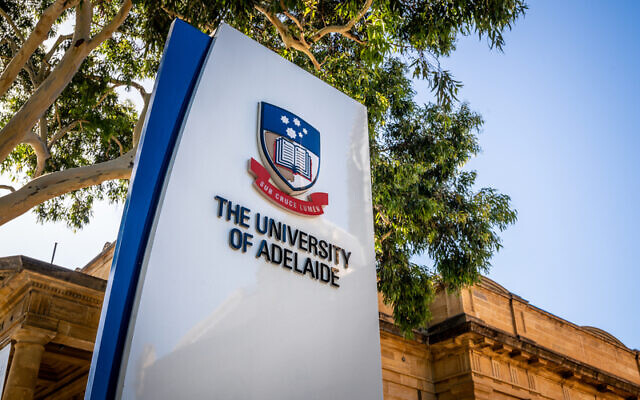 The University of Adelaide’s student union YouX has stood down an editor who wrote “Death to Israel” in student magazine On Dit and taunted Jewish students with the chant at a subsequent student representative council (SRC) meeting.

Habibah Jaghoori, who wrote the article “For Palestine, there is no ceasefire”, was removed following an investigation into her conduct, which YouX said in a statement “would reasonably be perceived by any fair-minded person to be threatening the welfare of students at our university”.

“Despite numerous opportunities to clarify her position and dispel any misinterpretation, she has continued to use language in public forums that can be clearly construed to support actions that could threaten the welfare of students.”

The Australasian Union of Jewish Students (AUJS) commended the decision, stating, “We thank all those who listened to and stood alongside Jewish students and ensured that their voices were heard.

“Habibah called for ‘Death to Israel’ and ‘Glory to the Intifada’, among other racist and hateful comments. This language and behaviour went far beyond acceptable political discourse. Calling for violence and death rather than peace, dialogue and constructive criticism of Israel, rightly has no place on university campus.”

“Jewish students can find comfort that their university’s student board stands up to racist and bigoted language. They can be relieved that YouX has heard their concerns and has allowed them to define their own experience of antisemitism,” AUJS added.

“We now call on the University of Adelaide to follow in the lead of YouX, in taking a stronger stance against antisemitism by adopting the IHRA definition to the YouX Roles and Responsibilities rules.

“We look forward to constructively working together with YouX and the university to educate the student body on antisemitism, to combat hate in all its forms and to make sure campus is a welcoming and inclusive space for all.”

AUJS vice-president Alissa Foster said the YouX decision “sends a strong and important message to all students: hateful and divisive language has no place on campus”.

“After being ignored and spoken over, Jewish students can feel relieved that their experiences and concerns have been heard and recognised,” she said.

Executive Council of Australian Jewry (ECAJ) co-CEO Peter Wertheim welcomed both of the YouX decisions as “a decisive repudiation of the violent, hate-filled rhetoric against Israel and the Jewish people, which masquerades as free speech”.

He called on the university administration to “show leadership” by “adopting IHRA as a standard to be used in applying its existing rules of conduct when complaints of antisemitism are made to it”.

“There is something clearly wrong with a campus culture that produces the kind of discourse we saw published in On Dit, and the university bears ultimate responsibility for the culture it fosters on its campus,” he said.

“We look forward to the university itself taking action to specifically address antisemitism on campus.”

Wertheim praised AUJS representatives and Jewish students on campus for their efforts in bringing about the result.

“They have shown grit and determination, and it has paid off. We can all be proud of them,” he said.

“It’s wonderful to see student leadership at the University of Adelaide standing up for the welfare of Jewish students,” she said.

“The decision by the YouX board to remove the On Dit editor who called for the “Death to Israel” and was disrespectful to Jewish students at a subsequent meeting is a decisive statement that student leaders will not tolerate hate speech, vilification or unfair treatment of their fellow students.”

Noting the JCCSA had reached out to the university administration to urge it to take reports of antisemitism on campus seriously, she added, “Our priority continues to be the safety and welfare of Jewish students at the University of Adelaide.

“I am pleased that the university administration has accepted our offer to help it better understand contemporary antisemitism on campus and implement practical measures to support Jewish students, staff and faculty.”

Zionist Federation of Australia President Jeremy Leibler welcomed the news. “The original article, plus the outrageous commentary the former On Dit editor has made since she published it, has further contributed to a situation where Jews were made to feel unsafe on campus,” he said. “This was the only sensible outcome, and I welcome YouX’s decision.”

Mr Leibler concluded by congratulating AUJS and the Jewish students at Adelaide University. “I salute their courage and steadfastness in the face of hate, and their efforts to push back against antisemitic hate speech.”