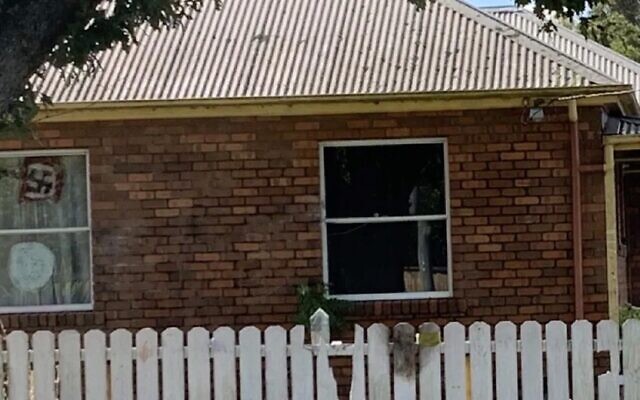 CALLS for a ban on public displays of swastikas have intensified after Tasmania became the latest state to see the Nazi symbol on show.

The latest incident occurred in the town of Perth late last month where a local resident daubed a swastika on her window.

Police apparently told a shocked neighbour they would speak with the person responsible but were powerless to have it removed.

Last month there was an outcry after the Nazi flag was spotted flying from a light tower at a public oval in the NSW town of Wagga Wagga, while earlier this year, a Nazi flag was flown from a backyard in Beulah, Victoria.

“As we witness a resurgence of antisemitism in our nation, spiking to alarming levels, the time has come to align actions with words.”

He added, “Leaders need to lead, and I call on Premier [Peter] Gutwein and his government to take the moral high ground and to legislate to ban the public display of this evil symbol – that violates every value that Australians cherish and live their lives by – without delay.”

A Tasmanian government spokesperson said the matter was being investigated.

“The government strongly condemns the display of Nazi and Holocaust memorabilia,” the spokesperson said.

“This material is offensive, distressing and a breach of community and moral standards.”