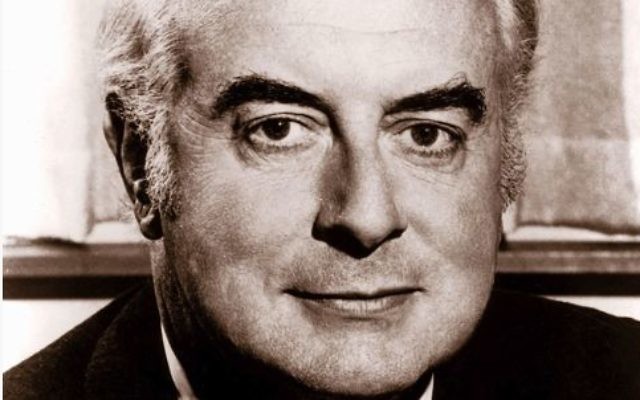 AS tributes flow for Gough Whitlam, Australia’s 21st prime minister, who died on Tuesday, aged 98, reflections from communal leaders have been mixed, some recalling a government that made positive and long overdue changes to Australian public life, with others ruing a tumultuous, disappointing relationship with the Jewish community.

But when Arab nations hiked oil prices after the 1973 Yom Kippur War, Whitlam pronounced Canberra’s “even-handed” policy towards Israel and the Arabs, a substantial shift from the Coalition government’s support for Israel. The change dismayed Jews and triggered tensions within his government. Diplomatic cables leaked by WikiLeaks last year revealed future PM Bob Hawke, an ardent Israel supporter, who was ALP and Australian Council of Trade Unions president during the 1970s, was more irked by Whitlam’s turn from Israel than was previously known, and considered quitting his ALP presidency.

Whitlam fell further from favour with Jews after his abortive pitch for Arab petro-dollars to develop Australia, and a bizarre attempt to secure a donation from Saddam Hussein’s Iraqi Ba’ath Party to fund Labor’s 1975 election campaign. While Whitlam denied he was “selling out Israel”, minister Kim Beazley Snr, who resigned over the issue, said, “It would be inevitable for the Australian Jewish community to regard any such money as blood money that might be paid for, ultimately, in Israeli blood.”

Former Labor Minister Barry Cohen, who referred to Whitlam as his “political father” told The AJN that while Whitlam was pro-Israel early in his career, “Something happened on a trip to Israel and he said that he was deceived by what the Israelis said to him.

“He didn’t think they told the truth, although he was never very dominant on that issue in the Labor party.”

Cohen added, “We had clashes on the topic of Israel but he was a great man.”

But he added, the Whitlam government “was inexperienced and often naive on economic and financial matters. On matters relating to Israel, including the introduction of the so-called “even-handed policy”, the Jewish community was rightly disappointed.”

The sentiment was echoed by Australia/Israel & Jewish Affairs Council executive director Dr Colin Rubenstein who described Whitlam as “a towering figure in Australian political life but who had a tumultuous, disappointing relationship with the Jewish community, with his somewhat cynical and indifferent even-handed approach when the survival of Israel was at stake”.

Labor stalwart and federal MP Michael Danby recalled the heady days after Whitlam’s historic 1972 election win when, as a young activist, he attended an “It’s Time” rally. “It was the beginning of a lifetime of coincidental meetings with Labor’s legendary leader,” he said.

Rabbi Raymond Apple, emeritus rabbi of Sydney’s Great Synagogue, said: “Though he upset many Jews by some critical and inappropriate remarks about Israel at the 25th anniversary celebration of the State of Israel, he was generally on good terms with Jewish and Israeli leaders.”

Sir David Smith, a former vice-regal secretary, who is Jewish, was a trenchant critic of Whitlam. Famously branded into the national memory as the figure standing next to Whitlam on November 11, 1975, reading the proclamation dismissing his government, Smith, in a 2004 speech, said “It’s time he said sorry to his party for being such a failure as a leader.”

He later told The AJN, “I’ve got no personal axe to grind.”