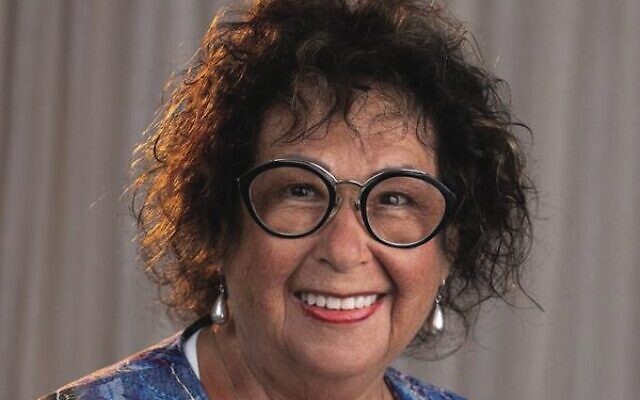 WIZO Australia president Paulette Cherny is stepping down from her role at the end of this month following her six-year term. This year marks her 50th anniversary with the organisation.

With the presidency alternating between Victoria and NSW, Sydney-based Michelle Spiro is set to take the helm.

“I know Michelle and her executive will be great,” Cherny told The AJN.

WIZO will also now run a four-year presidency instead of the current six-year model.

“We’re in the process of changing the constitution accordingly,” Cherny stated.

During her time as president, Cherny has worked on various WIZO projects that support women and children in Israel.

“We opened Makom BaLev in Be’er Sheva, we refurbished a whole dormitory at Ahuzat Yeladim in Haifa and supplied them with new kitchens … and up-to-date bomb shelters,” she said.

Reminiscing on her presidency, Cherny said a highlight was the 2020 trip to Israel where she led 50 WIZO members. “We went to the enlarged general meeting (EGM) … that was celebrating 100 years of WIZO,” she said.

Cherny’s term as president was not without challenges, as it coincided with COVID-19 restrictions and lockdowns.

“Fundraising was extremely difficult because a lot of people were doing it tough,” she said.

She said the strong connection between members and WIZO’s dedication to supporting other women allowed it to succeed in unprecedented times.

“We are women who care about women. We reach out to our members,” she said.

Cherny paid credit to her executive assistant, Shelley Seligmann and “all the incredible women” that helped her throughout her role.

“They are all supportive and amazing women,” she said.

She said she will continue to be involved with WIZO.

“I will be the immediate past president of WIZO, so I do feel I have a responsibility,” she said.

“I’m also very involved with my WIZO group … and have close relationships with many of the moving parts of WIZO Australia.”

She said she hopes to increase membership within the organisation by targeting states with smaller Jewish communities.

She is also looking forward to travelling to Israel in 2024 for the quadrennial EGM.

“One of the things I’ve missed so much is not being able to travel to Israel,” she said.

At that EGM, Cherny will be pinned to become an honorary member of the world WIZO executive.