There’s something a bit voyeuristic about open houses – stepping into someone’s home, opening cupboards to check out the storage space, and getting a look into the way people sleep, eat and spend their time. Even if you’re not looking for a home, it’s tempting to scroll through the real estate listings to see what’s on offer.

Which is perhaps why Luxe Listings Sydney, which premiered on Amazon Prime on July 9, was such an instant hit. It was reportedly the biggest Australian Amazon Original broadcast on its launch weekend, airing in 240 countries. And within days of its debut, the series was renewed for season two. 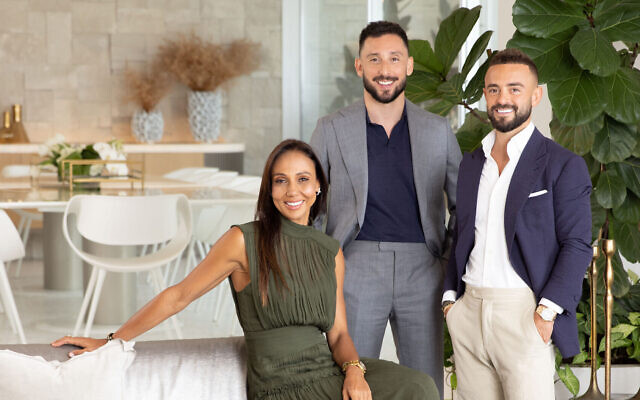 With reality shows such as US-based Selling Sunset and Million Dollar Listing proving so popular on other streaming platforms, it was only a matter of time before Australia had its own deep dive into our country’s prestige real estate market. And naturally, there’s no real estate market in Australia as competitive, intense and enticing as Sydney’s Eastern Suburbs.
Luxe Listings Sydney features real estate heavyweights, including Gavin Rubinstein, one of the most sought-after property advisers and founder of The Rubinstein Group, D’Leanne Lewis, principal at Laing+Simmons Double Bay, and Simon Cohen, founder and CEO of property buyer’s agency, Cohen Handler.

The show also has strong connections to Australia’s Jewish community. Both Rubinstein and Cohen attended Jewish schools – Moriah and Masada respectively – and the eastern suburbs in Sydney has a strong, vibrant Jewish community. One scene shows Cohen taking some of his team to his family Shabbat dinner, something that Cohen says was one of his favourite moments.

There’s no denying that Luxe Listings Sydney is building on an already solid reputation of all three stars. In the opening scene, Rubinstein celebrates The Rubinstein Group’s one-year anniversary by announcing to his team that they have sold almost half a billion dollars’ worth of property sales. The feat is brought home by the fact that they were standing in a property worth more than $50 million.

Cohen thrives in the prestige market, noting that his team have purchased properties for their clients amounting to almost four billion dollars.

All three stars said that Luxe Listings Sydney was the first television project to really excite them. “We were approached about the concept a few times over the years, but having Amazon’s involvement made us realise that this was going to be top quality,” Cohen explained.

It’s a sentiment echoed by Rubinstein, who said that nothing felt right until this particular opportunity. “The team behind it seemed fantastic and professional – everyone was committed to making it something special.”

For Lewis, although apprehensive at first, it was the Amazon team who helped alleviate her concerns. “My concerns with reality TV are that it is generally not all that positive,” she said. “Amazon assured me it would be aspirational and inspirational, two words that I live by. So, it was a ‘YES’ from me.”

All three stars work hard for their success – there is at least one mention of their exceptional commitment in each episode. But the truly impressive and enviable story is how each of them have made a name for themselves, and it’s something they’re all passionate about. They work seven days a week to ensure the happiness and satisfaction of their clients. 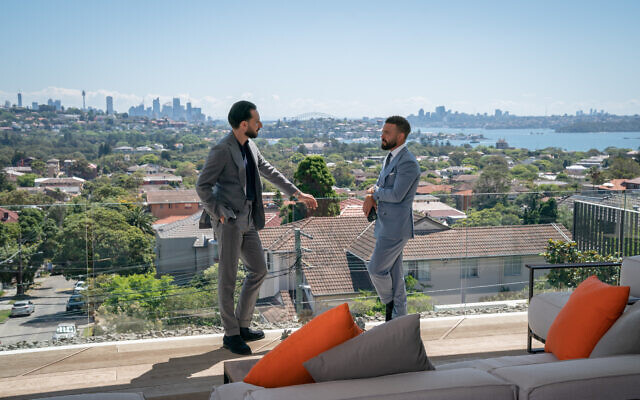 Cohen and Rubinstein attempt a deal on a luxury home with sweeping harbour views.

“The excitement and thrill of closing a deal for someone, that’s something I’ll never lose,” Cohen answered when asked what he loves most about real estate.

The show, which shows the glitz, glamour and sparkle of one of Australia’s most expensive real estate markets, also highlights the family values close to the talents’ hearts.

While for Cohen, it was his Shabbat dinner with his family, for Rubinstein, it’s about working with his brother. In a direct quote from the show, Rubinstein said: “The best business decision I ever made was convincing him to come into business with me.” Rubinstein also credits his parents for helping his success, commenting that a scene that showcased his dad helping him celebrate his birthday was one of the most special to film.

Lewis makes it known from the get-go that while she loves what she does and will always be available to help her clients, her family comes first. She brings her A-game when it comes to the business of real estate, but the show also depicts her much softer side as a mother to her two children. Her favourite part of the show so far? Seeing her family featured alongside her.
“Family to me is absolutely everything,” she said. “My Dad spoke about his journey bringing us here from South Africa, and why he didn’t want our successes in life to be dictated by the colour of our skin. He wanted us out of the apartheid regime in South Africa and fought hard to get us here so we could have the freedoms that this beautiful country could offer us.”

With Luxe Listings Sydney confirmed for season two, there’s a lot to look forward to.

“I have always said, the day I stop learning, the day I stop enjoying and challenging myself, is the day that I will stop working. Thank goodness that day has not come,” said Lewis, who is looking forward to more challenges next season. For both Rubinstein and Cohen, it’s about showing the world behind the real estate curtain.

And if ratings are anything to go by, the whole of Australia is keen to take a peek.