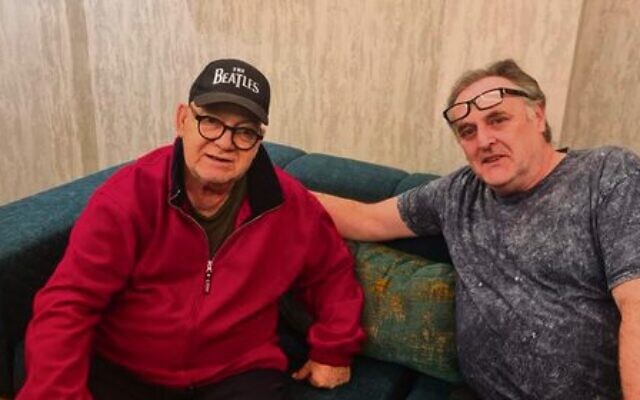 When Warren Wills talks about his experience working with Iraqi guitarist, singer and composer Ilham Al Madfai, he is animated, with a certain twinkle in his eye.

Their story goes back more than two decades, when the Jewish Aussie composer and pianist who went to Mount Scopus, was approached by recording studio, Sensible Music, for help – the musician they had in the studio needed a pianist to play on their already-recorded track.

Wills, who specialises in styles, saying, “That’s my shtick – you want Happy Birthday in Latin, Hungarian pop, hip hop, flamenco tango, I’m your man,” found himself in a studio in London alongside the “Frank Sinatra of the Middle East”, playing piano over what he believed was a finished track.

“It just didn’t fit, it was awful,” he recalled. “It was so stylistically incongruous, incompatible.”

He thought that was the end of it, but a month later, he was informed that the track was number one all over the Middle East.

Wills ended up playing piano alongside Ilham Al Madfai for years, hopping all over the Middle East. They performed in Beirut, Riyadh, Dubai, Sharjah and Amman.

Wills said that there were often no rehearsals, no sheet music, everything was improvised. He even found himself visiting Cairo for a mere couple of days to perform as part of a massive music festival. 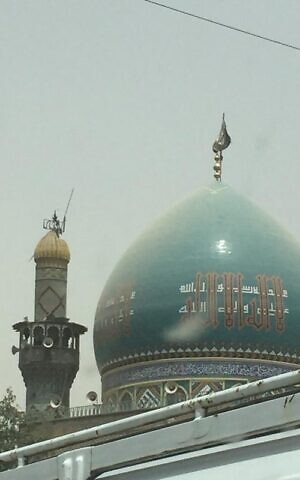 “There was no sleep – there’s a rehearsal at around two o’clock in the morning, then we get back to the hotel, there’s a press junket, there’s the performance, then we had a meal and got picked up for the airport. Before I knew it, I was back in London.”

It was when he was in London just a couple of months ago when he was asked to join Al Madfai in Baghdad for his homecoming, after more than 20 years away from the country.

Wills explained that while he questioned whether it was safe for a Westerner, he knew he wasn’t travelling alone. “I thought, I’m going [to Baghdad] with this most beloved person, it can’t be that bad.”

After an unprecedented sandstorm, Wills arrived in Iraq, playing at the National Theatre of Baghdad with the “Beatle of Baghdad”, “because he’s as popular as the Beatles”.

“So, we’re in the National Theatre of Baghdad, it’s absolutely packed. They haven’t had a concert like this for 20 years since the war. And for Ilham, it’s his homecoming. There are people crying. People came on stage at the end with Iraqi flags. It was so emotional. And I was there on equal footing,” Wills explained, still showing a bit of surprise in his voice. “It was humbling.”

While there is a lot more in the works for Wills, his next performance is here in Australia, with An Australian in Baghdad, where he’ll be sharing some tales from Baghdad, alongside an Iraqi musician, Achmed – the nephew of Ilham Al Madfai – and an Israeli musician, Vered Harel, singing in both Hebrew and Arabic. Also on stage will be the Young World Choir, a socially inclusive, intergenerational, multi-faith music theatre company.

An Australian in Baghdad is on June 15 at Armagh Ballroom, Toorak. For tickets: trybooking.com/bzxzo